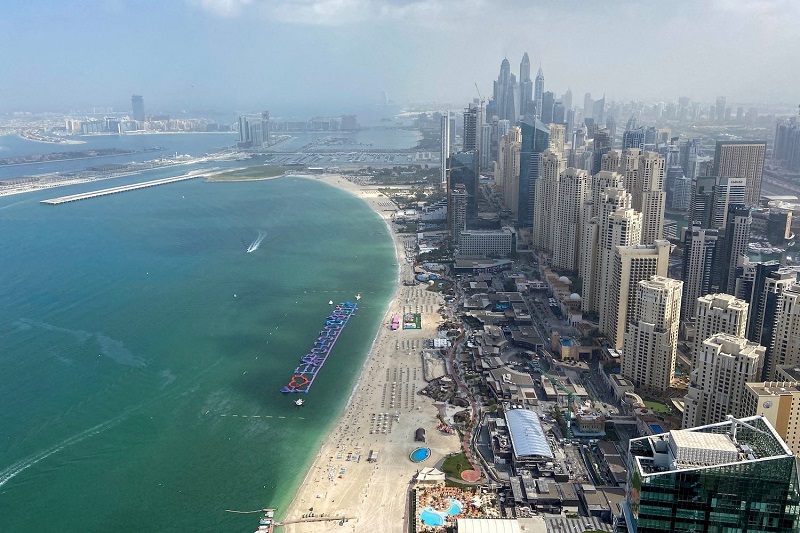 file photo: a general view of jbr in dubai

The UAE promised to work closely with FATF to address the remaining areas of improvement. The UAE will work to eradicate financial criminal activities completely by implementing an action plan. Reportedly, the action plan will help the country’s ongoing efforts to fight financial crime.

The UAE’s Executive Office of Anti-Money Laundering and Countering the Financing of Terrorism (AML/CFT) said that it takes its role in protecting the integrity of the global financial system seriously and will work to strengthen its anti-financial crime framework.

FATF noted that UAE has adopted measures to improve its anti-financial crime framework to fight financial crime. Reportedly, the UAE will continue its ongoing efforts to identify and eradicate criminals who hide wealth, in line with FATF’s findings and the National Action Plan of the UAE.

UAE has taken important steps in the past years to develop a legal framework and encourage global investors to invest in Dubai’s secure environment. Thousands of companies already have regional offices in Abu Dhabi and Dubai because the government put efforts into dealing with money launderers.

Action plan by the government and the private sector

The ongoing measures to counter money laundering and terrorist financing taken by the UAE government and private sector are in place to boost the integrity of the country’s financial system.

Senior officials of the UAE have reaffirmed that UAE continues to take action on financial crime and strengthen the effectiveness of the AML/CFT framework in line with the National Action Plan of the UAE.

According to the Emirates News Agency (WAM), combating financial crimes are part of the UAE’s national priorities. In recent years, AML/CFT has cooperated with its partners from the public and private sectors to support the anti-money laundering and terrorism financing system.