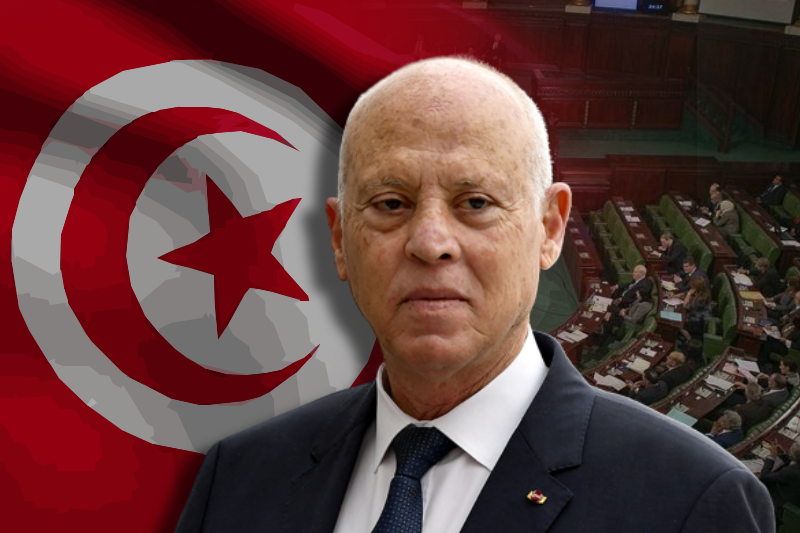 Tunisia -Tunisia’s new ‘temporary’ Supreme Judicial Council was sworn in on Monday by President Kais Saied in the presidential palace in Tunis. The council thereby has replaced the independent judicial watchdog that he had abolished in early February. After scraping off the High Judicial Council (CSM) last month, President Saied had sacked the judges and also banned them from going on a strike against the motion. The series of events since last year when he had dissolved the government has raised concerns over threatened democracy in Tunisia, the birthplace of Arab uprisings in 2011.

Calling the appointment of new council members a “historic moment”, President Saied said, “This marks the true independence of the judiciary. He added, vowing to “wage a relentless war against the corrupt and those who wanted to infiltrate the courts.”

Out of 21 members of the new judiciary watchdog of Tunisia, 9 were directly appointed by the President. The others would be serving by virtue of existing positions held by them. Now the president has power to sack them from those positions. The decree also forbids “judges of all ranks to go on strike or hold any organised collective action that could disturb or delay the normal working of the courts”.

US: Judge Ketanji Brown Jackson takes over after Senate’s confirmation

President Saied has for long accused judges in the country of corruption and for blocking cases leading to pending decisions in the court. The cases he refers to are the inquiries into 2013 killings of left-wing activists Chokri Belaid and Mohamed Brahmi. Saied further accuses the country’s judicial body to be infiltrated by Ennahdha, the Islamist-inspired party which has dominated Tunisian politics since the 2011 uprising that overthrew dictator Zine El Abidine Ben Ali.

Since last year July 25 when Saied dismantled country’s Parliament, Tunis has been witnessing strong protests against the decision. “Since last July, President Saied has dismantled almost all institutional checks on his power,” said Amnesty International’s regional director Heba Morayef in February. The CSM had “stood as Tunisia’s last bastion of judicial impartiality”, she added.