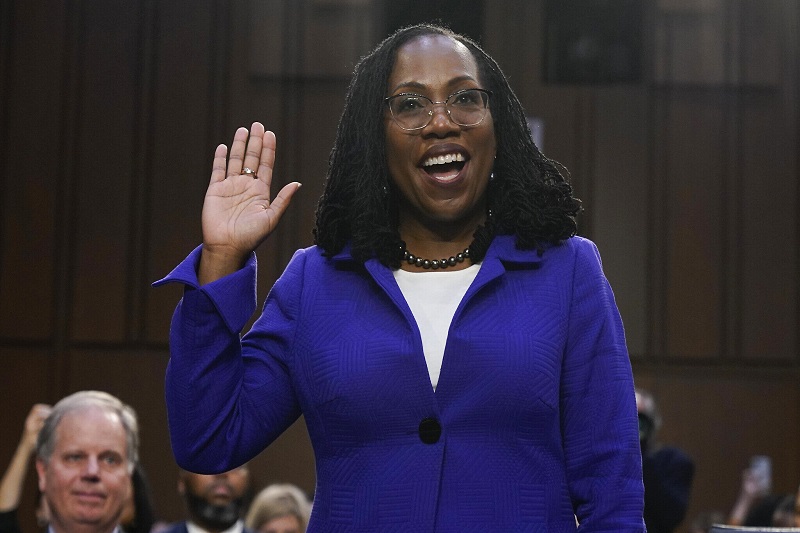 US: Judge Ketanji Brown Jackson takes over after Senate’s confirmation

On Thursday, the US senate confirmed judge Ketanji Brown Jackson to the Supreme Court. WIth this, a long fought battle and historic obligations have come to an end claims the US officials.

This is the first time black female justice has been to have held the position. Not just this, the position now held by Brown also gives a bipartisan endorsement to Joe Biden in his attempt to bring diversity to the court.

The 51-year-old got confirmation for her position with a majority of 53 over 47 as she further strengthened her experience of nine years with the Federal bench. Before this, it was only Kamala Harris, the vice president of the United States, to reach high ranking as black woman.

She will be replacing Justice Stephen Breyer after he retires this summer. Jackson will set an example to lead th eliberal wing of the legal system which is currency conservative-dominated. She also witnessed the counting for her vote as she took chair alongside Biden in the White House.

There were four days dedicated to the Senate hearing last month post which Jackson talked about her parents in front of the US officials expressing all the racial discrimination all o f them had to witness. She further added that after what she experienced, her path was clearer than what her parents had with the civil rights laws in force. Post this, she set an example for the black community and went onto attend Harvard University. She later on served as a public defender, worked at a private law firm before finally being appointed as a member of the Sentencing Commission of the US.