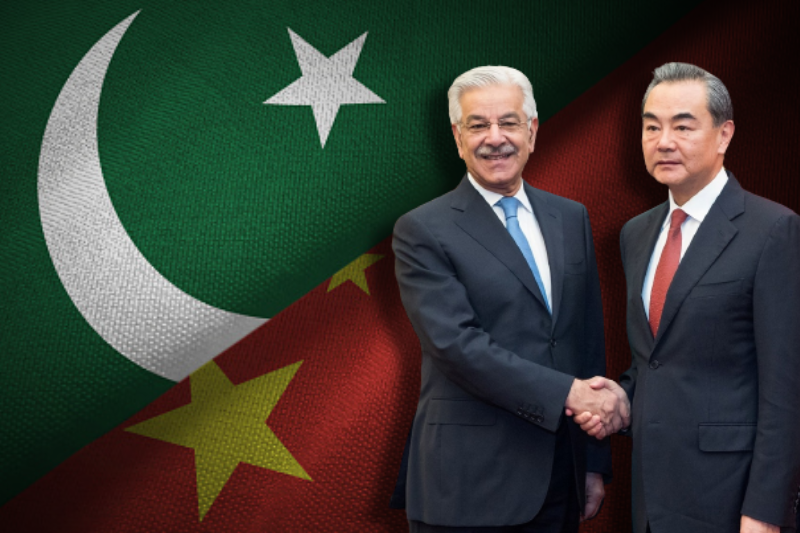 China said on Wednesday that its ties with Pakistan are “unbreakable and rock-solid” amid the ongoing political crisis in Islamabad.

The foreign ministry said that the political crisis will not affect the Sino-Pakistan relationship. The ministry further said that Pakistan’s internal turmoil will not affect the overall cooperation between the all-weather allies and the projects under the $60 billion China-Pakistan Economic Corridor (CPEC). The CPEC project aims to connect China’s northwest Xinjiang Uygur Autonomous Region and the Gwadar Port in the western province of Balochistan in Pakistan. CPEC is the flagship project of China’s Belt and Road Initiative (BRI).

China has been keeping a close eye on the recent rapid political developments in Islamabad. Pakistan recently dissolved the parliament over Prime Minister Imran Khan’s allegation of the United States hand behind Opposition parties’ no-confidence motion against him. Subsequently, the opposition leaders approached the Supreme Court after their no-confidence motion was declared “unconstitutional” by the deputy speaker.

Chinese foreign ministry spokesperson, Zhao Lijian, said, “China and Pakistan are all-weather strategic cooperative partners. China and Pakistan relations will always stand unbreakable and rock-solid.” Reportedly, China hoped that parties would close ranks to stay united for the development and stability of the country. He further said, “China always follows the principle of non-interference in other countries’ domestic affairs.”

Pakistan PM Imran Khan advised the president to order fresh elections, fueling anger among the opposition parties. As per media reports, a snap election is slated to take place within 90 days in the country. He was denotified as the Prime Minister of Pakistan on Sunday, in the wake of the dissolution of the National Assembly by the President. Khan cannot take decisions that an elected head of the government is supposed to take. No leader has completed a full five-year term as prime minister of Pakistan since the country’s formation in 1947.