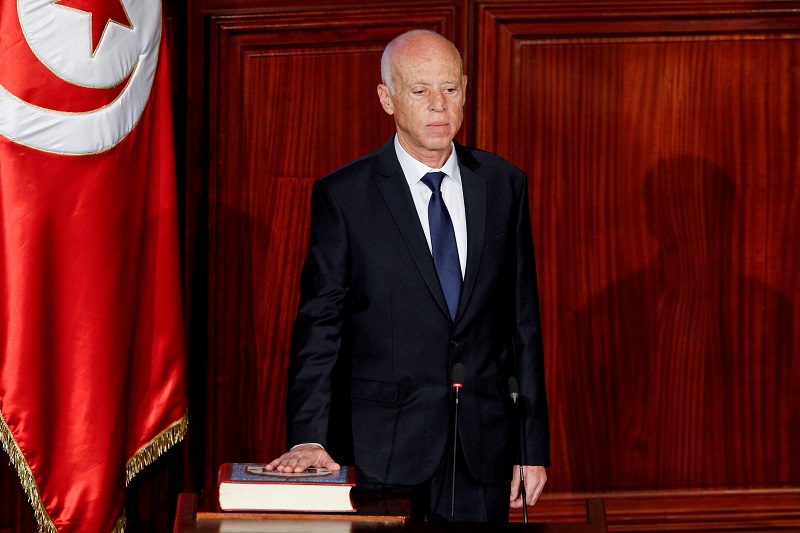 Announcement by Tunisian President Kais Saied that he would probably be dissolving country’s Supreme Judicial Council is not turning his way. President Saied is facing renewed pressure from international donors over the same after he has been watched closely after dissolving Parliament last year and taken over the rule by decree of Tunisia.

On Monday, the police of Tunisia closed the doors of main offices of Supreme Judicial Council with all judges being denied entry into the building. Tunisia’s top judiciary is an independent body that is supposed to function without any political interference. But President Saied has accused the country’s judicial body of corruption and colluding with politics leading to dragging of multiple cases in court for years now without any verdict.

The head of the council, Youssef Bouzakher said that council members were working hard to push back Mr. Saied’s move. Though the president has said that any action against the judicial body would be temporary, but many remain skeptical. “I assure everyone in Tunisia and abroad that I will not interfere in the judiciary. I will not interfere in any case or any appointment. I do not want to control all power,” Mr. Saied had said on Monday.

G7 nations’ Ambassadors in Tunisia said “a transparent, independent and efficient judiciary and the separation of powers are essential for a functioning democracy that serves its people.”

“The president’s decision does not aim in any way to put a hand on the judiciary,” said Foreign Minister Othman Jerandi. He received the ambassadors of the G7 countries and the representative of the Commission on Human Rights on Tuesday to inform them of President Saied’s decision of dissolving Tunisia’s Supreme Judicial Council.

The latest move by the Tunisian president has raised concerns among rights groups and advocates of the increasingly authoritarian rule of President Kais Saied. Dissolving of the judiciary and bringing it under President’s rule would mean his absolute power over all state systems. UN human rights chief Michelle Bachelet has also urged President Saied to restore the judiciary council, warning its dissolution “would seriously undermine the rule of law.”