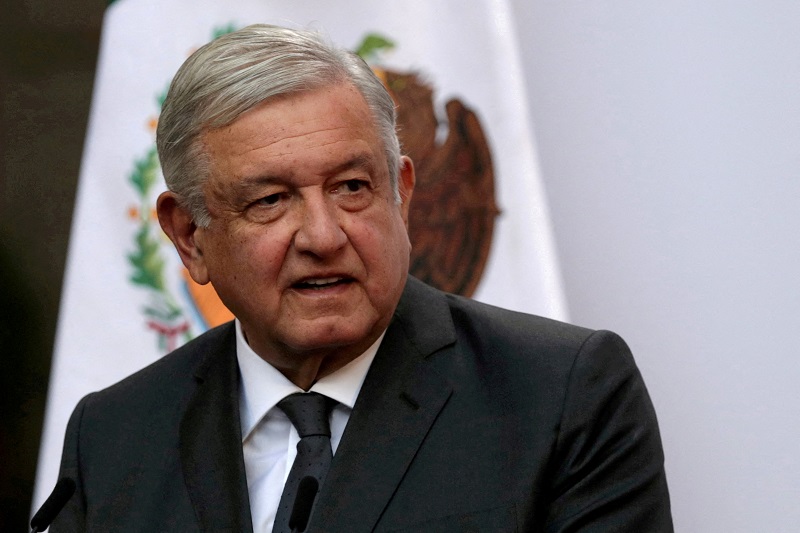 file photo: mexico's president andres manuel lopez obrador addresses the nation on his second anniversary as the president of mexico, at the national palace in mexico city

On Friday, Mexican President Andres Manuel Lopez Obrador revealed the salary of a prominent journalist, arguing that the masses had a right to know about the monetary interests of his administration’s critics.

Lopez Obrador publicized the earnings of Carlos Loret de Mola, an investigative journalist who has published damning reports about the government.

Loret also reported the lifestyle of the president’s sons in Texas.

Lopez Obrador told a news conference that the journalist earned far more in 2021 than he did, showing their wages on a screen.

The Mexican President takes a lot of pride in his personal austerity and moral authority. However, this time, he lost his cool by describing Loret as “corrupt”, “mercenary,” and “lacking principles.”

“Do you think he’s a high-flying, intelligent journalist or a good writer? No!,” Lopez Obrador said, maintaining that he had to defend his politics of ending injustice and corruption.

“My conscience is clear as this is not a personal matter,” he added.

The Mexican President has long derided journalists aligned with his political enemies as biassed and pretentious sellouts. His news conferences feature a segment — “Who’s Who of Lies” — in which he shames reporters accused of peddling “fake news.”

López Obrador said Loret earns much more than he does, claiming that the journalist made money by “hitting him” with critical stories.

It is pertinent to state that Lopez Obrador slashed his presidential salary when he took office in 2018.

Taking to Twitter, Loret said the president had put him in “grave danger” by his press conference.

“Using finance ministry data to chase a journalist and the data is also wrong,” Loret said on Twitter.