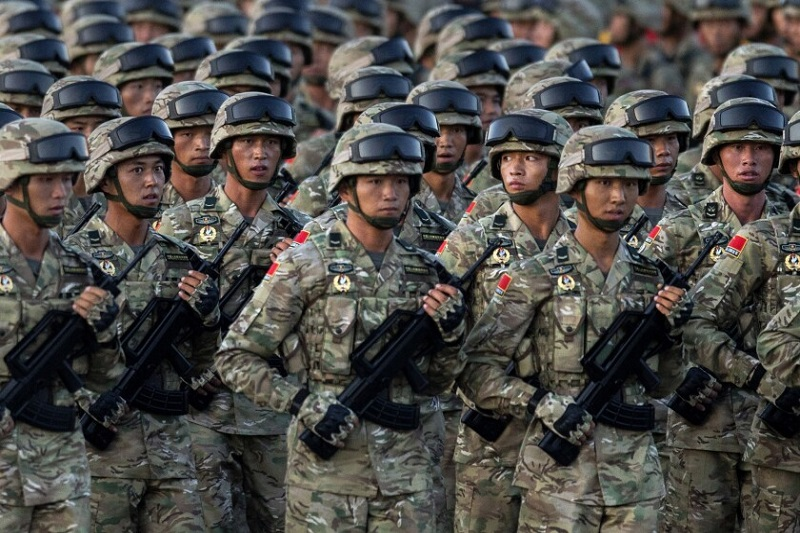 China -The Chinese government announced that China is carrying out more than a week of military drills in the South China Sea close to the Vietnam coast.

The Chinese authorities warned shipping to stay away as it is conducting military drills in an area between its southern province of Hainan and Vietnam.

Reportedly, China said that a large part of the disputed waterway, on which major shipping lanes lie, has built artificial islands and airfields on some of its coral reefs, to widespread concern in the region and the United States (US).

China’s Hainan Maritime Safety Administration released a statement on Friday on this matter. It said that the military drills would start from the same day and last until March 15.

According to Reuters, it provided coordinates for an area roughly halfway between Hainan’s Sanya and the Vietnamese city of Hue. Sanya is a city on the southern end of Hainan Island. It is home to a major Chinese naval base.

On the Hainan Maritime Safety Administration’s website, “Entering prohibited” is written in Chinese and English language, which means entrance to the area between Sanya and Hue in Vietnam is prohibited.

Reportedly, in 2014, the rift between Vietnam and China rose to its highest levels when a Chinese oil rig started drilling in Vietnamese waters. It triggered anti-China riots in Vietnam. The Vietnamese authority called it a violation of sovereignty.

In recent years, Vietnam has been vocal about the Chinese movement in the disputed areas of the South China Sea. In 2020, a Vietnamese fishing boat was sunk by a Chinese maritime surveillance vessel.