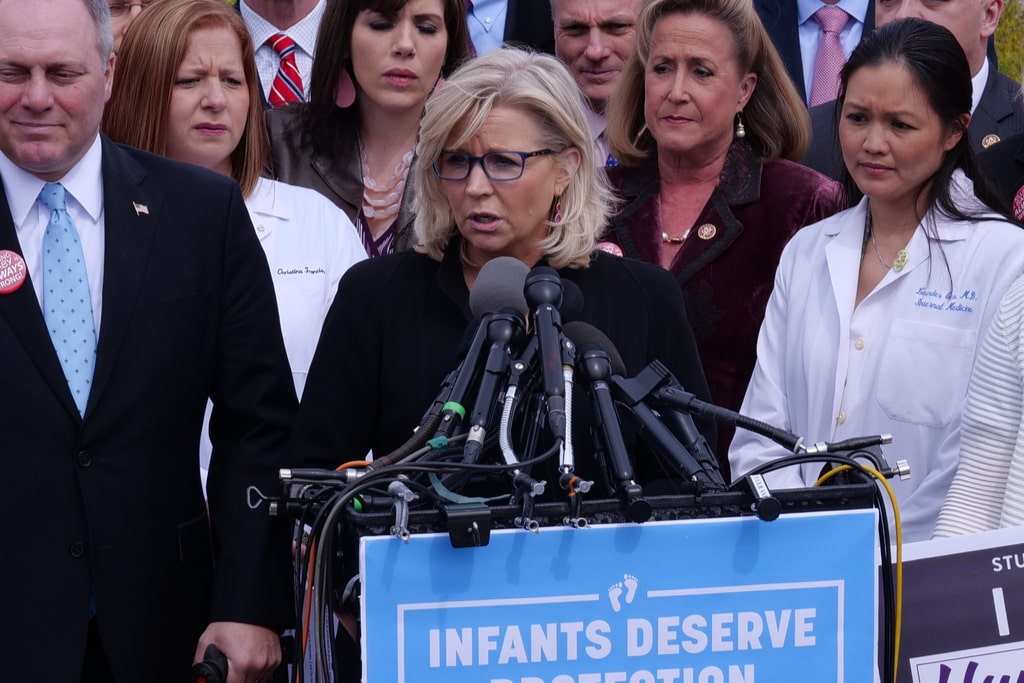 Liz Cheney, the No.3 House Representative and a Republican from Wyoming, has hit back at fellow Republican leaders for trying to oust her from the leadership. Cheney warned her colleagues on Wednesday saying “history is watching” as they are considering to expel her from rank in House for continuing to challenge and reject all ‘lies’ around elections by former President Donald Trump.

On Wednesday afternoon, Cheney’s statements and tirade was published in The Washington Post as an opinion piece. It came as top two House Republicans are working on removing Cheney as No.3 and replacing her with a Trump loyalist, possibly Elise Stefanik. Former President Trump has been aggressively demanding dethroning of Ms. Cheney by the Republicans in leadership roles. Her fault – she continues to blame and rebuke her party for role in January 6 attack on Capitol Hill, blatantly protecting Trump for his role of inciting violence by his supporters, and supporting Trump’s lies around Presidential election that led to his loss.

In the article, Ms. Cheney warned the Republican party that it was at a “turning point” and it is a dangerous game that some Republicans are playing by supporting “the dangerous and anti-democratic Trump cult of personality”. Liz Cheney in her column said, “While embracing or ignoring Trump’s statements might seem attractive to some for fund-raising or political purposes, that approach will do profound long-term damage to our party and our country.” She continued, “Trump has never expressed remorse or regret for the attack of Jan 6 and now suggests that our elections, and our legal and constitutional system, cannot be trusted to do the will of the people. This is immensely harmful.”

She further attacked McCarthy for failing to stand by his words of accepting Trump bore responsibility of the Capitol riots. She concluded, “We must be brave enough to defend the basic principles that underpin and protect our freedom and our democratic process. I am committed to doing that, no matter what the short-term political consequences might be.”

Steve Scalise, the No 2 Republican in House openly called for ousting of Liz Cheney on Wednesday morning and pushed for making Rep Elise Stefanik of New York in her place as No 3 in House, Chairwoman of the House Republican Conference. McCarthy too is said to be pulling strings behind the curtain and urging other Republicans to support close ally and Trump supporter, Ms. Stefanik. Trump wasted no time in supporting Stefanik. He released a statement on Wednesday afternoon, “Elise Stefanik is a far superior choice, and she has my COMPLETE and TOTAL Endorsement for GOP Conference Chair.”