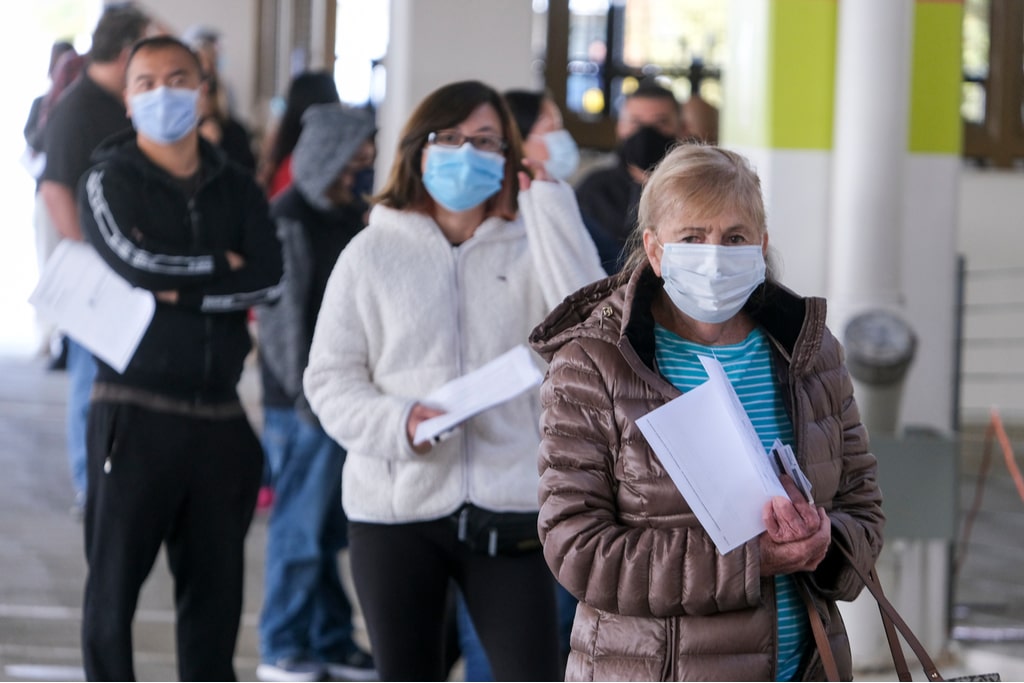 The problem of anti-coronavirus vaccines second doses in United States

In the United States, millions of people have skipped the booster risking not being immunized enough as the pace of vaccinations begins to slow down. The heads of the vaccination campaigns in the various states had predicted a drop in demand for second doses, with the difficulty of convincing the newly vaccinated to return three to four weeks later. Some states have invited vaccination centers and clinics to keep the attention of vaccinated people awaiting a second dose, sending them SMS and emails to remind them of the appointment. Although the United States is among the countries that have vaccinated the most against the coronavirus, in the last couple of weeks the pace of the doses administered has started to slow down, highlighting two problems above all: convincing the undecided to get vaccinated and making sure that millions of individuals who have already received the first dose, show up for the second. These two factors could significantly affect the outcome of the vaccination campaign and will be a problem to be addressed in several other countries

where vaccination campaigns are starting to bring their first results thanks to greater availability of doses. According to data released by the Centers for Disease Control and Prevention (CDC), among the leading health authorities in the United States, more than 5 million people who had received the first dose of Pfizer-BioNTech or Moderna did not show up. to receive the second. The data indicates a doubling of the second missed doses compared to the first weeks of the vaccination campaign. In percentage terms, it is equivalent to 8 percent of those who received the first dose: while the percentage is relatively low, on the other observers and health authorities fear that it could increase in the coming weeks, reducing the amount of fully immunized individuals. in the community.As The New York Times recently explained, based on interviews conducted in different areas of the United States, there are various reasons why so many people miss their second dose appointments. Some do not show up because they fear the adverse effects of vaccines, which have been talked about a lot in the last month following the tests carried out on Johnson & Johnson, the only single-dose vaccine authorized so far.

Others simply say they believe that one dose is enough to be immunized, and therefore do not think it is really necessary to undergo a second administration.To these are added logistical problems that have affected some states in recent weeks, with difficulties for vaccination centers and clinics in finding the necessary doses for second administrations in time. In some cases, the vaccines were just not available, while in others there were no vaccines from the same manufacturer as the first dose received. In these circumstances, a postponement of the second dose often acts as a disincentive, with several vaccinates giving up and contenting themselves with having received the first.

In Arkansas, the most recent data indicate that about 84,000 individuals did not show up for the second dose, about 11 percent of those who would have been eligible. Initiatives were therefore launched to call the people involved directly to remind them of the importance of the second dose to be fully vaccinated. Other states have launched initiatives that make it possible to receive the second dose also in vaccination centers and clinics other than those in which they received the first, to reduce logistical problems or requests for travel that could act as a disincentive.The clinical tests carried out in 2020 by the pharmaceutical companies that developed the vaccines, and the first scientific evidence deriving from data on vaccinations among the population, show that it is at least inadvisable to miss the second dose for vaccines that require two administrations. A single dose does not lead to complete immunization and could expose you to some extra risk if you come into contact with particular variants of the coronavirus. It is also not clear whether a single dose reduces the effect of the vaccine, thus leading to a more rapid disappearance of the immune defenses against the coronavirus.

According to some observers, Johnson & Johnson’s vaccine may have led to some confusion. Unlike the others authorized so far, it requires the administration of a single dose and this may lead some to think that then an injection is sufficient for the other vaccines and that the second is optional, if not superfluous.Messenger RNA vaccines, such as those from Pfizer-BioNTech and Moderna, work differently and have been tested for a two-dose regimen.In addition to the problem of who misses the second administration, in the US there is some concern about a drop in demand from the population. The most recent data indicates that over 146 million Americans have received at least one dose of the coronavirus vaccine and that over 103 million have completed vaccination. On April 13, the day he was most vaccinated, 3.4 million doses had been administered, while in recent days the average has settled at around 2.5 million vaccinations per day.