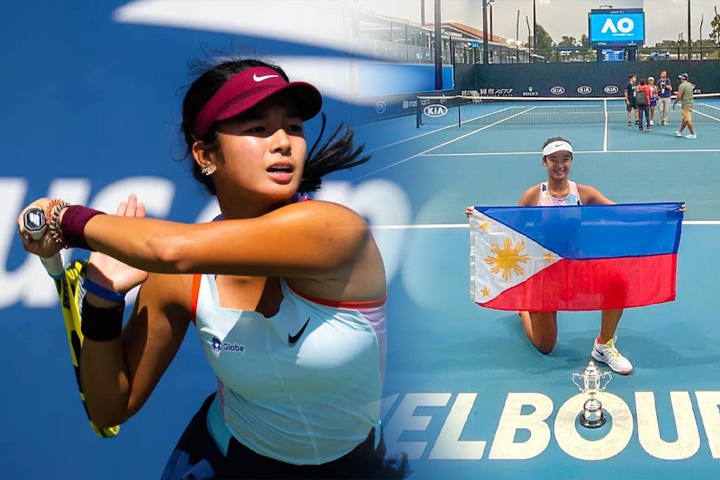 The 17-year-old Eala leapt to 252nd in the most recent Women’s Tennis Association (WTA) global ranking, vaulting her into the top five of the highest-ranked Filipino tennis players in the Open era.

Before her most recent rise in the rankings, Eala had already surpassed Maricris Fernandez-23-year-old Gentz’s record as the highest-ranked female tennis player from the Philippines when she reached 280th in August of last year.

At 284th in the world, Fernandez-Gentz was the highest-ranked Filipina in history.

In 1999, Mamiit reached a career-high 72nd in the ATP rankings after advancing to the second round of both the Australian Open and the US Open.

Eala, the reigning US Open girls’ singles champion, is also the top-seeded Southeast Asian in the entire world.

In March of last year, Eala was rated 572nd in the world. After winning her second professional title at a W25 tournament in Chiang Rai, Thailand, one month later, she climbed 161 positions to 411th.

By the end of the month of May, Eala ranked 394th in the world. Last week, she reached the quarterfinals of the W80 RSF Pro Open at the Rancho Santa Fe Tennis Club in the United States, which led to her most recent achievement.