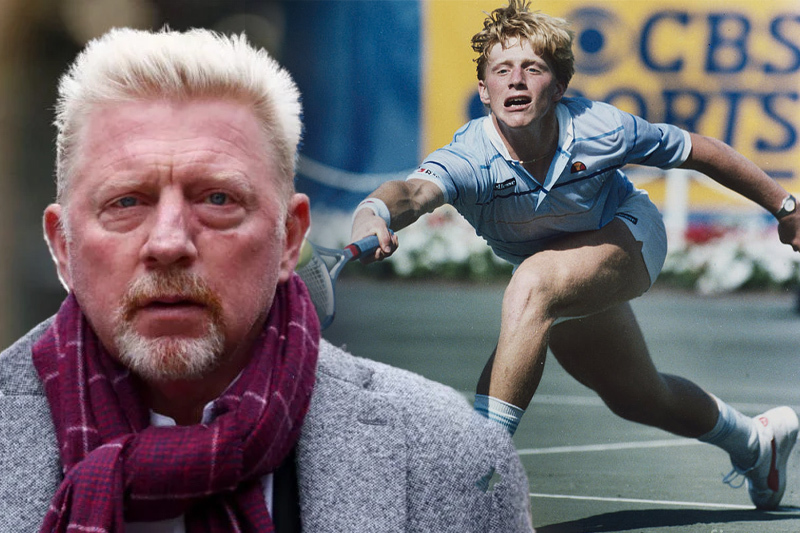 According to a German newspaper, tennis star and Wimbledon champion Boris Becker has lost some visible weight and made friends in fellow inmates in a UK prison where he is serving term in relation to his bankruptcy in 2017. The former ace tennis player was transferred from Wandsworth prison to Huntercombe prison near Nuffield in Oxfordshire, in May. In April he was given sentence for two and a half years for concealing £2.5m of assets in attempt to avoid paying money he owed after his bankruptcy in 2017.

Becker’s position is connected to a bonus programme run at HMP Huntercombe, a category C, low-security men’s prison, in which prisoners can earn extra privileges, as reported by The Guardian. His German lawyer, Christian-Oliver Moser, said, “Our client, Boris Becker, continues to do well under the circumstances and he has constructively integrated himself into daily prison life. He is able to telephone whenever he wants and to communicate with the outside world. Any further details about his prison stay are subject to protected personal privacy laws.”

The Bild tabloid has quoted a source close to Becker saying that the 54 year old been training regularly in the prison fitness studio and had given up alcohol, losing about 8 kg. “Becker is also working as an assistant alongside the prison coach for fitness and psychology, drawing on his experience as a former world No 1 tennis champion,” Bild reported.

Becker is also teaching about 45 fellow inmates in fitness, nutrition and crisis management at the prison, according to the source. The prison has a sports complex with a climbing wall, an astroturf pitch and a cardiovascular fitness room. “Becker is also instructing other prisoners in a special type of yoga and meditation”, the source told the paper. “As a sportsman, he knows only too well the highs and lows of victories and defeats. He is sharing his life experience with his fellow prisoners.”

Becker was jailed for five years by Southwark crown court under the Insolvency Act on charges of hiding his assets worth millions of pounds after declaring bankruptcy in June 2017. He also has a previous conviction on charges of tax evasion and attempted tax evasion in Germany in 2002.