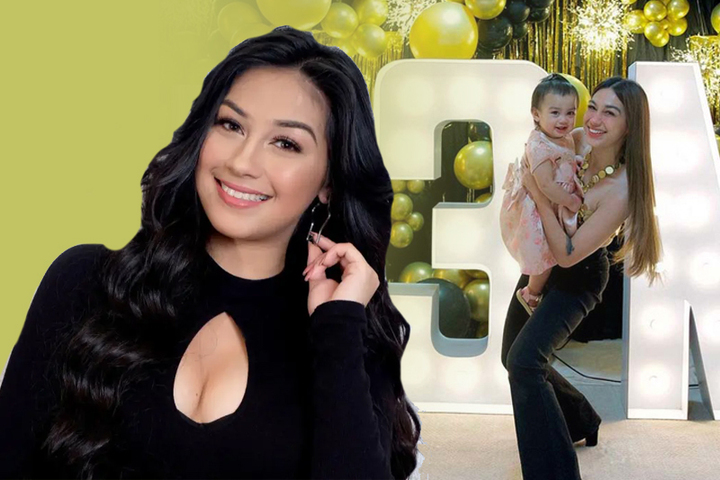 Zeinab Harake is the leader of the pack of the newest “It Girls,” as evidenced by the fact that she has amassed over 50 million followers across a variety of social media platforms, including more than 13 million subscribers to her YouTube channel alone.

It’s primarily thanks to social media, where their lives are documented, that today’s “It Girls” are more genuine and open about their vulnerabilities. Even though they are famous, wealthy, and youthful, people are still able to relate to them. They also typically have a good understanding of the media.

“When I was a child, I used to make videos. I never anticipated that this would happen to me,” Zeinab, who is 23 years old, stated in Filipino during her inauguration as the ambassador of the dental care line produced by Beautéderm Corporation.

Zeinab spent her childhood in Cavite, where she was a majorette and enjoyed performing with her baton at celebrations and other important events. In spite of the fact that she is a member of Generation Z and has millions of followers and subscribers, which gives the general public the idea that she is an expert on everything digital, Zeinab reveals something that is unexpected.

Even though her videos are viewed by millions of people, the Beautéderm news conference was the first time she was the center of attention at a media event. This caused her to feel extremely nervous and overwhelmed.

“In other words, it seems like this. I’m very honored to be a part of the Beautéderm’s family, and I’d like to thank Mommy Rei [Beautéderm CEO Rhea Anicoche-Tan] for this,” said Zeinab, who endorses the brand’s oral care products such as Koreisu Family Toothpaste, Koreisu Whitening Toothpaste, Etré Clair Refreshing Mouthwash, and Etré Clair Mouth Spray. These products

During a recent “No Luggage Challenge,” Zeinab traveled to Singapore with just a hand-carried bag. These Beautéderm dental care products were among the items in her Christian Dior tote. At the time of publication, the film had been posted to YouTube five days earlier, and it had already received more than 2.6 million views.

She is the first to say that the persistent attention of other people and the rumors that circulate about her have been trying, and she wishes just for her children to enjoy the same things she did as a child, albeit without the challenges she faced.

“I had a hard childhood. Because of our financial situation, we were unable to put food on the table the majority of the time. We were blessed to have neighbors who were willing to share their good fortune with us,” Zeinab stated.

But Zeinab will never stop being thankful to the people who love and support her, even if she does not have any privacy and is under constant monitoring.

In light of the fact that she is now renowned and wealthy, Zeinab enjoys going on journeys down memory lane and even spending time at cemeteries, just like she did when she was younger. Even though she is aware that her celebrity has caused significant changes for her, she still looks forward to visiting her hometown of Bacoor.

She is also making appearances on television, and while she appreciates them, Zeinab has stated that she is open to the possibility of starring in movies or television plays.

“If I could do anything in the world, it would be to act in thrillers and play characters who are sassy and hilarious.”

Zeinab is currently in a healthy and happy relationship, but in contrast to her former partnership, she is choosing to keep this one low key and is taking things one day at a time. Even though Zeinab is very active on social media, she has realized that there are some things that should remain private. “I learned that some things should be kept private,” she remarked.