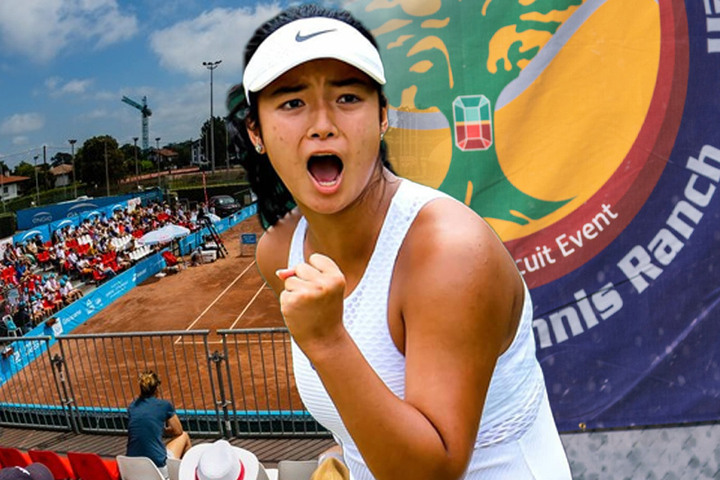 Alexandra “Alex” Eala, who won the US Open girls’ singles title last year, kept her good form on the professional circuit. In the first round of the W60 Templeton in California, she beat Shavit Kimchi of Israel 6-0, 6-0.

453 on the WTA list Kimchi, who is 20 years old, is in the main tournament because he won two qualifying matches.

At Templeton Tennis Ranch on Wednesday night, Eala won the first set in 19 minutes without facing a break point.

She held serve again by hitting an ace in the fifth game to make it 5-0. Then, she broke serve for the third time, 6-0, by making Kimchi hit a long backhand.

In the second game of the second set, when Eala was serving, there was the first deuce of the match. However, she won the next two points to stay at 2-0.

Eala kept winning, and now she has a 5-0 lead, which brings her closer to the win.

When Kimchi had to serve to stay in the match, the Israeli got to 40-30, but Eala made the game go to deuce, got two match points, and won 6-0 thanks to a double fault by Kimchi.

This month, Eala became the first Filipino to win a junior singles grand slam. Next, she will play Poland’s No. 7 seed Katarzyna Kawa.

In the first round of doubles, French players Eala and Alice Robbe tried to make a comeback, but Americans Madison Brengle and Whitney Osuigwe beat them 6-7(3), 6-3, 6-10.

Eala, who is part of the Rafa Nadal Academy, has won two professional titles on the ITF Tour. She won the 2021 W15 Manacor tournament in Spain and the 2022 W25 Chiang Rai tournament in Thailand.

In June, she played in her first W60 final in Madrid, but she lost in straight sets to home favorite Marina Bassols Ribera.

Aside from her historic US Open girls’ singles title, the former ITF Juniors World No. 2 also won the Australian Open and Roland Garros girls’ doubles titles in 2020 and 2021.