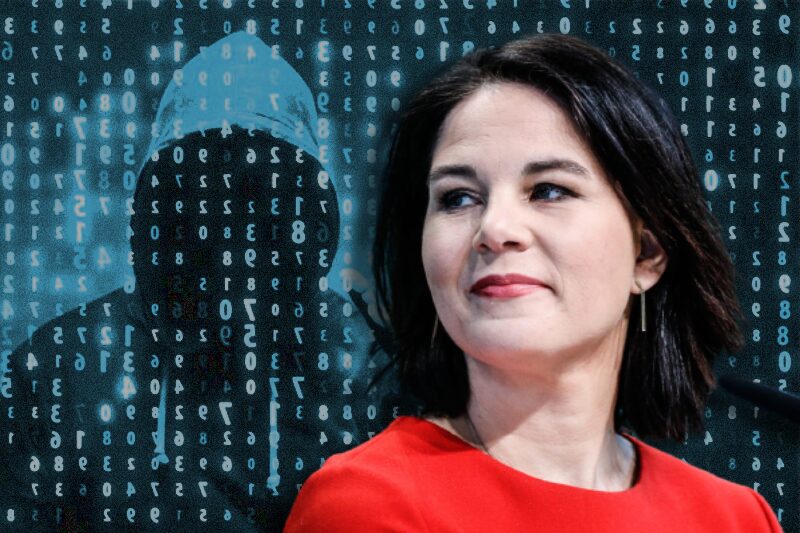 Berlin is under clouds of spiteful and malicious online campaign led by Moscow. The new round of cyber attack campaign is now targeting Germany’s Green Party leader Annalena Baerbock who is running to succeed current Germany Chancellor Angela Merkel in the election scheduled for September. The reason – Baerbock has pledged to block the gas pipeline project between Russia and Europe, Nord Stream 2 that is said to be of great economic value to Russia.

Recent days have seen Ms. Baerbock being targeted in a malicious online campaign led by Russia that is circulating across all social media platforms. The assault includes fake images alleging to show her naked. The images used in these pictures are actually of a Russian model. Also, a photograph is circulating that shows her standing with billionaire financier George Soros. The picture is being used to propagate the claim that she is part of a global Jewish conspiracy and that she is the mastermind. This tarnishing act is however, not a surprise for Green Party leaders, including former leader and now party’s foreign policy expert Cem Ozdemir. In fact the leaders view it to be Kremlin backed. Ozdemir said to the media, “In order to prevent the Greens from entering the government no means are beyond the Kremlin. I can only advise all democrats not to participate in [Vladimir] Putin’s dirty campaign. The German parliament will be chosen in Germany, not in Moscow, Ankara or Beijing.”

“We are clearly standing on the side of the opposition politician Alexei Navalny and position ourselves very clearly against Nord Stream 2. That is not to Putin’s liking,” Ozdemir added.

Ever since Annalena Baerbock announced last month her position as party leader, the Green Party has seen a rise in approvals and support across Germany, with constantly rising support over past year. Soon after announcing her candidacy for Germany’s Chancellor, Baerbock said that Berlin must pressurize Russia over its offensive military stand at Ukrainian border. She also underlined that Germany must withdraw support for Nord Stream 2. It is second gas pipeline between Russia and Germany stretching under Baltic Sea and is near completion.

Far right circles in Germany have long been standing in opposition to Green Party. This has increased further with Baerbock comes to forefront as party leader and runner for Chancellor in election. Cyber experts emphasize that existing friction and animosity makes it only easier for foreign forces to stir in more trouble to existing mix.