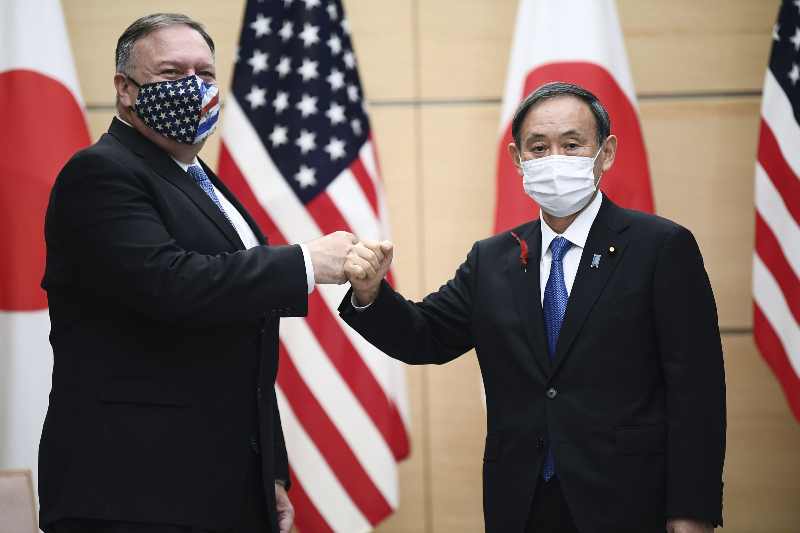 Friday is marking the most important day for US President Joe Biden diplomatically as he is moving forward with his goal of containing China as a territorial emerging power and its threatening territorial encroachment across the Indo-Pacific. Biden is bringing a virtual gathering for Quad leaders.

The alliance has been called a symbolic “poisonous Cold War mentality. The mention of China being a discussion topic for Friday was however absent. White House said topics on the agenda are Covid-19, economic cooperation, and climate crisis. Indian Prime Minister said that he would be discussing “free and open Indo-Pacific” with fellow Quad leaders Biden, Australian PM Scott Morrison, and Japanese PM Yoshihide Suga.

Quad Alliance or Quadrilateral Security Dialogue, a loose and informal strategic forum that was revived in 2017, led by rising power plays by Beijing. The forum holds summits on a slightly regular basis and features military drills and exchange of information. Though it is not a formal military alliance like NATO (North Atlantic Treaty Organization), Quad is still considered a potential alliance to counter growing Chinese influence in the region.

But how important Quad really is for the region and what can it potentially transcribe into against China!

US Navy Admiral Philip Davidson, US military’s Indo-Pacific Command head has called Quad a group of “diamond of democracies” in the region. He further noted that he hoped alliance could “build into something bigger”.

He elaborated, “Not in terms of security alone, but in terms of how we might approach – the global economy, critical technologies like telecommunications and 5G, collaboration on the international order. Just much to be done diplomatically and economically.”

Experts predict that if Quad continues to rein in pressure on China, Beijing can be expected to retaliate. The tensions can be more serious and extreme in form of economic retaliation against the Quad nations. This could be rather detrimental for India, Australia and Japan as all three have China as their largest trading partner.

But the fact that Quad is still an informal alliance with fissures between nations making the front far from united, is a point of big comfort for Beijing. The lack of any formal Quad gathering makes it far from being called an “Asian NATO”. But if China steps up its military aggression and territorial invasion then Quad may evolve as a more robust and active military alliance to counter it. As long as Beijing avoids direct or indirect confrontation, Quad’s potentiality can be taken as low.