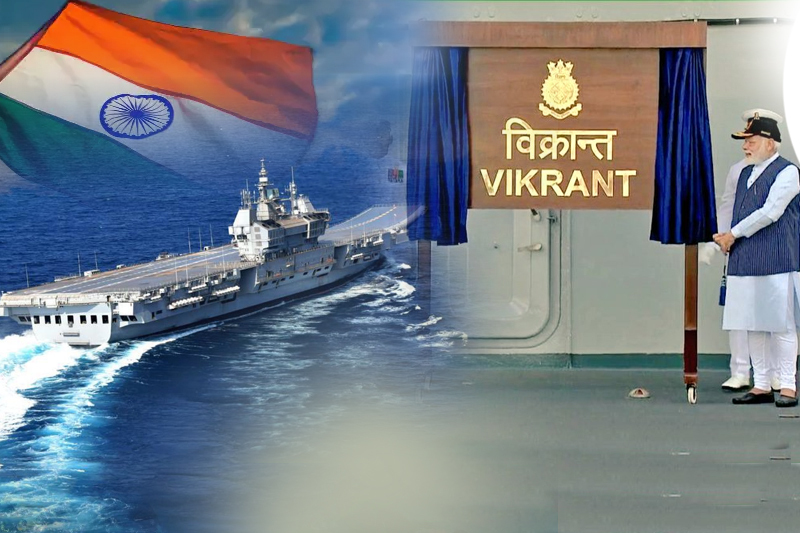 Made on budget of $3 billion, India’s first indigenous aircraft carrier INS Vikrant has brought India to club of world’s naval elites, a small group of countries with more than one aircraft carrier or helicopter carrier in service. It also makes India to become only the third country, after the United Kingdom and China, to have commissioned a completely domestically built aircraft carrier in last three years.

“The goal may be difficult. The challenges may be big. But when India makes up its mind, no goal is impossible,” India’s Prime Minister Narendra Modi said as he commissioned the carrier at a ceremony at the Cochin Shipyard in Kerala state. “Till now, this type of aircraft carrier was made only by developed countries. Today, India by entering this league has taken one more step towards becoming a developed nation,” Mr. Modi said stressing that the Indo-Pacific region remained “a major security priority” for India.

“India is sending out the message that it has the power, it has the aircraft carriers and therefore the air power to dominate the distant reaches of the Indian Ocean,” said Ajai Shukla, a former Indian military officer turned defense analyst.