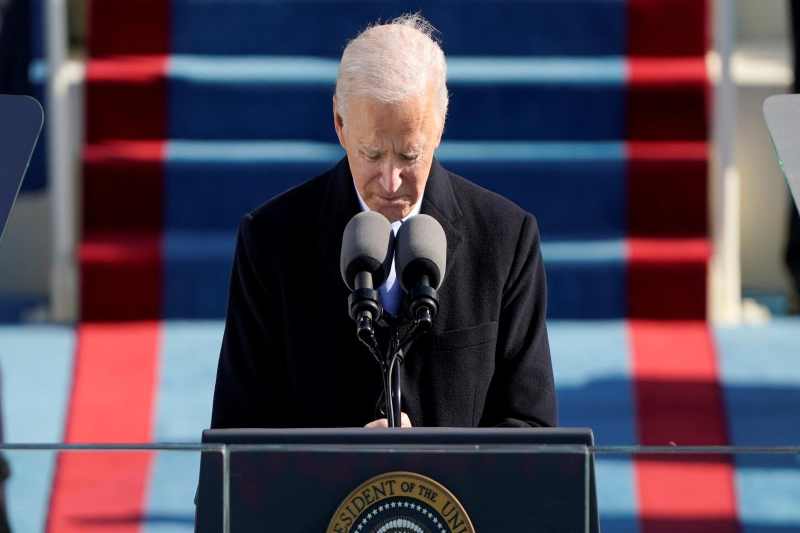 “Step up” Biden tells US senators to beat China

On Thursday, during a bipartisan meeting with US senators, US President Joe Biden stressed the need for the country to step up its game and upgrade itself in different areas in order to beat its biggest economic rival, China. After having the much-anticipated call with Chinese Premier, Xi Jinping, Biden notified the senators: “If we don’t get moving, they are going to eat our lunch… They’re investing billions of Dollars dealing with a whole range of issues that relate to transportation, the environment, and a whole range of other things. We just have to step up.”

On Wednesday, during his first call with his Chinese counterpart, the 46th US president discussed a wide range of issues including China’s “coercive and unfair” trade practices, tensions in the Asia-Pacific region owing to Beijing’s expansive policies, regime’s crackdown on Hong Kong’s pro-democracy supporters, human rights issues with regard to mistreatment of Uighurs and its use of military maneuvers to establish control over Taiwan.

Over the call, which lasted for about two hours, sources said that Biden took a stern stand towards China, despite Xi’s warning that it could be disastrous for both nations. Biden cut Xi’s “win-win” cooperation offer with a promise to “out-compete” Beijing and referred to it as Washington’s “most serious competitor”.

The White House said that over the issue of rising tensions in Indo-Pacific region, the 78-year-old President stressed that US would take all the actions required to maintain the region free from the Communist nation’s influence and forced domination. The White House spokeswoman Jen Psaki added that Biden also touched upon the issue of China’s hesitant attitude towards providing a transparent and open access to Coronavirus related data.

Ahead of his call with Xi, a senior administration official told reports that Biden would be “practical, hard-headed, clear-eyed” in his dealings with China. Observers believed that Biden stayed true to his words as during his election campaign he vowed to work towards building immense pressure on China and punishing it for its free ravaging which has been harming many nations.

To give a fresh start to the affairs with the newly appointed administration in Washington, the Chinese government suggested that both the nations should focus on re-establishing the course of communication and talks to avoid misjudgment. With regard to the matters of Beijing’s hardline approach towards Hong Kong, Xinjiang, and Taiwan, China’s foreign ministry stated that the issues were related to “sovereignty and territorial integrity” of the country and asked Washington to be wary of approaching them.

Besides his strict and straight approach towards China, Biden emphasized that he was ready to adopt an open line of communication, unlike his predecessor Donald Trump. He added that he was keen on following a multilateral approach towards Beijing and exhibited keenness to cooperate with Beijing on issues like climate change and persuading North Korea to move toward denuclearisation.