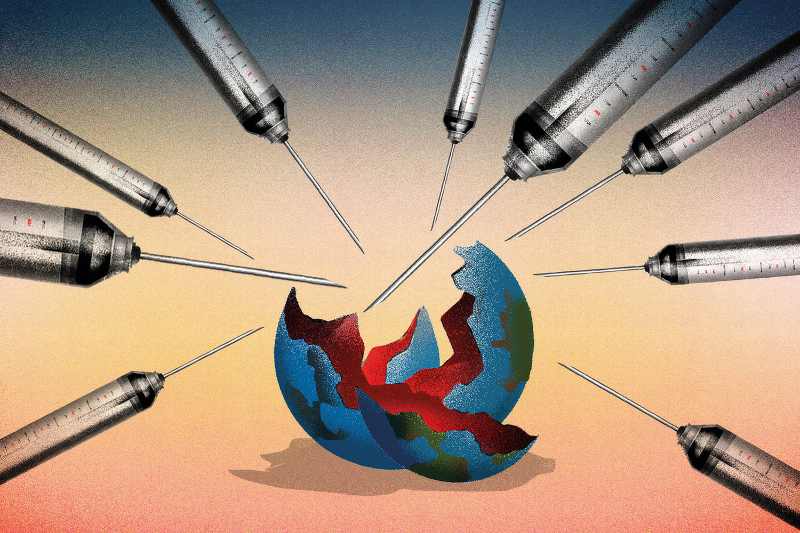 Mass vaccination campaigns reinforce the hope that the exit from the pandemic nightmare is not far off. Vaccines are becoming a weapon of the geopolitical dispute, to the point that some observers have spoken of a health cold war. The scenario is complex and the strategies of the various countries are by no means homogeneous. Israel is proceeding very quickly with the vaccination of its population, thus finding itself in a very different position, for example, from the countries of the European Union, which are rather in difficulty. In this situation, while adolescents are also being vaccinated, Israel is offering vaccine quotas to some countries. There are about fifteen recipient nations of 100,000 doses of Moderna’s vaccine.

According to numerous analysts, some countries on the list have been chosen because they are preparing to open their diplomatic offices in Jerusalem, a decision to which Israel attributes a high symbolic value.  There have been other criticisms regarding the Palestinian populations of Gaza and the West Bank, who, even during the pandemic, found themselves in difficulty and uncertainty as to who should deal with combating the virus in those territories.

The issue of vaccinations generally opens up ample room for maneuver to nations that have the tools and possibilities to play this game. To understand the global dimension of the problem, it is necessary to consider that the vaccination process will not be short and will proceed at completely different rates in specific geographical areas and especially between rich and poor countries. With approximately 216 million doses administered worldwide, 43,637,705 people have so far received the second dose, a large number that represents only 0.56% of the world population.

Also, about 65 million doses have been administered in the United States, thus almost a third of the total, while representing less than 5% of the world population. An even sharper disproportion considering the approximately 18 million in the United Kingdom, the 7 million in Israel, and the 5 million in the United Arab Emirates, especially when compared to data from countries such as India or many African countries. This disparity creates room for the possibility of new alliances.

In this scenario, China is the most active. The Asian giant strongly intent to reverse the damage image it suffered at the beginning of the pandemic. Beijing is using the vaccine tool to open or consolidate international relationships. The internal vaccination campaign proceeds with studied slowness. Forty million doses administered so far are little compared to the size of the Asian giant, but it would seem a choice, obviously allowed by the current low spread of infections. After the diplomacy of masks, Beijing inaugurated the vaccine diplomacy era, exporting more doses than are administered across the country.

According to statements released by Wang Wenbin, spokesman for the Foreign Ministry of China, on Tuesday, February 23, the two vaccines produced by Sinopharm were sold to twenty-seven countries, including Serbia, Hungary, United Arab Emirates, and Turkey, and exported as gift to fifty-three countries, most of them African or Asian, such as Zimbabwe, Equatorial Guinea, Pakistan, Cambodia.

With its three vaccines, Russia is countering the Chinese reward strategy with a very competitive pricing policy appreciated by many countries in difficulty. On the other hand, the United States and the European Union are too busy for now on the domestic front in an attempt to quickly vaccinate their populations to participate in this global health competition. Right now, it appears that Russia and China, and to a lesser extent Israel are benefiting. In any case, the pandemic will mark a new phase in geopolitics.