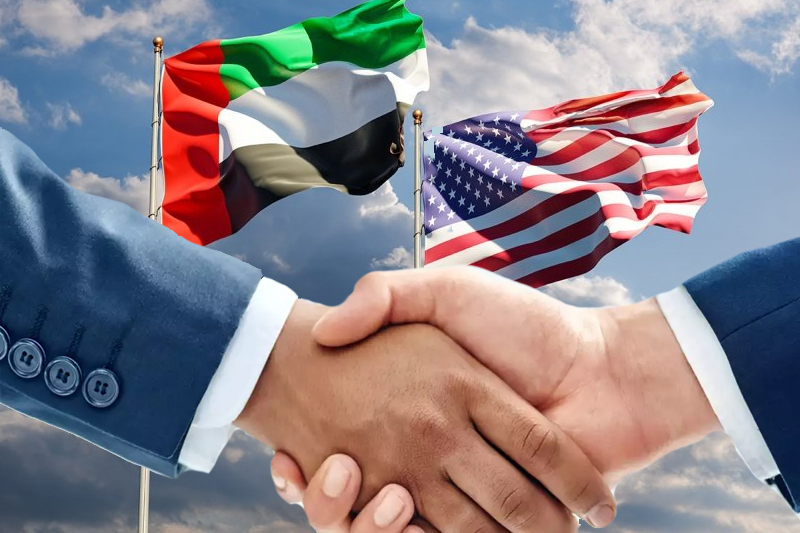 Continuing partnership between UAE and US

Continuing partnership between UAE and US

Dr. Darren J Beattie – a political strategist, speechwriter and political assistant to former United States President Donald Trump – has shared some critical insights into the foreign policies, internal conflicts of US and also shed some light on the continuing partnership between US and the United Arab Emirates.

The interview was with Prolific Solutions, a Washington based business consulting solutions that focuses “on addressing clients’ essential business needs, optimizing their business processes, and helping them transform on a global scale”. The consultants of Prolific Solutions operate from Washington DC, Kingdom of Saudi Arabia, UAE, Caribbean, and South America, with their key competencies including business-enhancing brand communications, global media production, and cross-border deal structuring. The consulting experts have facilitated broadcasting television programming, institutional partnerships, bilateral trade and development, commercial transactions, acquisitions, project finance, and organizational fundraising and services, as highlighted in the company’s website.

UAE an important ally of US

Dr. Darren J Beattie mentioned in the interview with Prolific Solutions, excerpts of which were published in the consultancy’s Twitter page, that UAE is a key ally of United States. “The UAE is an important ally, and then this is sort of more of the recent norm, these kinds of arms deals, these arms commitments,” said Beattie in the interview referring to the key defense deal between the two nations to sell $2.25 million worth of missile defense systems to the UAE.

“The U.S. State Department approved the potential sale of Terminal High Altitude Area Defense (THAAD) missile interceptors to the United Arab Emirates and Patriot missile interceptors to Saudi Arabia in separate deals worth as much as $5.3 billion,” the Pentagon announced this week. Separately the US State Department has also approved the potential sale of 96 THAAD missile defense system interceptors and support equipment to the UAE along with spare parts and technical support for the system.

Abraham Accords and I2US reiterate strong alliance between US and UAE

The evolving partnership between UAE and US over the years can be highlighted by various alliances. The Abraham Accords, signed under mediated by US led by then president Donald Trump and UAE, Israel and Bahrain marked a highly progressive and development seeking alliance aimed at prosperity, development of the region. Furthermore, recently formulated alliance I2U2 (India, Israel, UAE and US), also referred to as West Asian Quad was aimed to discuss “common areas of mutual interest, to strengthen the economic partnership in trade and investment in our respective regions and beyond”. The six areas of cooperation identified mutually by the countries, aiming to encourage joint investments were in water, energy, transportation, space, health, and food security.