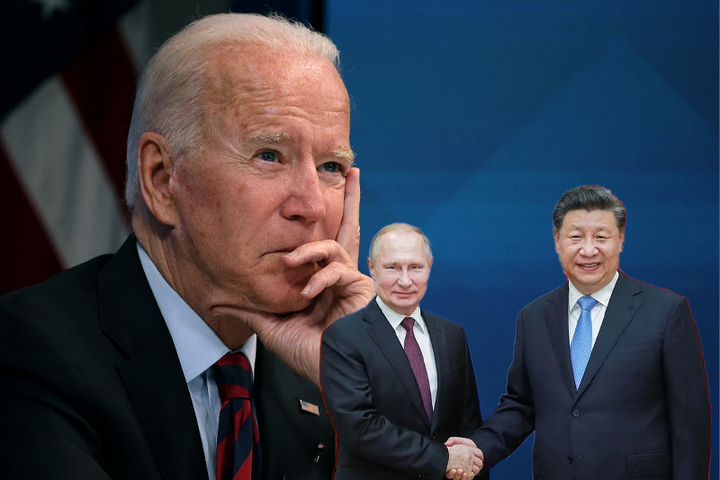 us is worried about china and russia's friendship

US is worried about China and Russia’s friendship

After Chinese President Xi Jinping visited his Russian counterpart Vladimir Putin in Uzbekistan on Thursday, the United States State Department issued a statement expressing concern on the strengthening ties between China and Russia. The meeting took place on Thursday (Sep 15).

Since it was their first face-to-face meeting since the beginning of the conflict in Ukraine, Xi addressed Putin as “my old buddy,” while Putin referred to Xi as a “dear friend.”

Ned Price, a spokeswoman for the United States Department of State, stated on Thursday during a press briefing that the relationship between China and Russia has not grown more profound over the course of “days, weeks, or months,” but rather over the period of years.

“Of course, we’ve noticed that the distance between the two of them has continued to shrink. We have made it quite clear that we are concerned about this developing relationship, as well as the concern that every nation all over the world ought to have regarding this relationship,” he said.

Price noted that what was “striking” was Putin’s admission about Xi’s concerns regarding the war in Ukraine.

“It shouldn’t come as much of a surprise that (China) appears to have such concerns. It is very strange that President Putin would be the one to say it to admit it so freely,” he added.

When it comes to the conflict, Price stated that Russia is “searching for every conceivable lifeline,” adding that Russia is turning to countries like North Korea and Iran for assistance.

Price stated that in order for China to “even attempt to explain” how the conflict in Ukraine would not “naturally” be in conflict with its principle of sovereignty, the country would have to go to “amazing lengths.”

According to the information possessed by the United States, Russia was inquiring about obtaining security help from China.

Price stated that they had not witnessed China engage in either of those activities.

In an effort to put more pressure on Russia in response to its invasion of Ukraine, the United States imposed additional sanctions on a long list of Russian officials and companies on Thursday.

A neo-Nazi fighter group, Russian and pro-Russian officials in occupied parts of Ukraine, and a children’s rights official who allegedly directs the removal of Ukrainian children to Russia were all named on the US sanctions blacklist. The blacklist also included top officials overseeing the operations of Russian securities markets.

Both the GRU intelligence agency and Maxim Oreshkin, who serves as a prominent economic advisor to President Vladimir Putin, were included on the sanction lists.