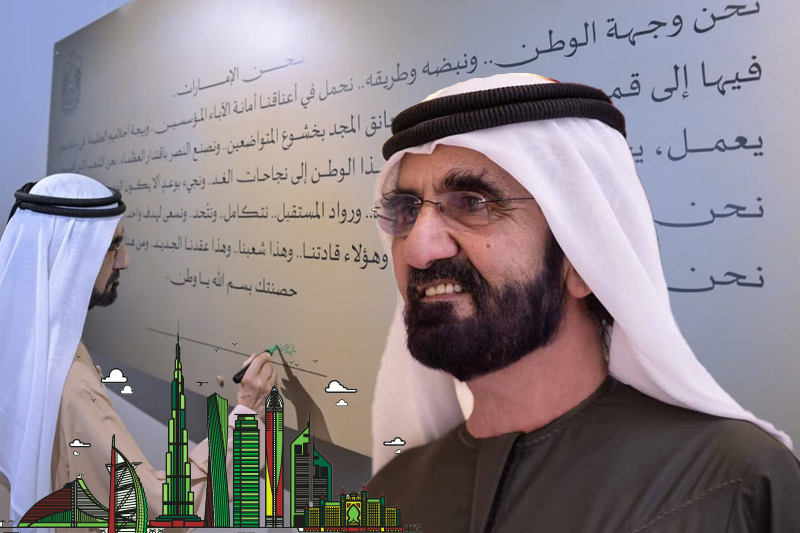 Sheikh Mohammed bin Rashid Al Maktoum, the Prime Minister, the Vice President and the Minister of Defence of the United Arab Emirates (UAE), has unveiled a 10-year growth plan for Dubai. Sheikh Mohammed bin Rashid, who is also the Ruler of Dubai, has said that the Dubai Economic Agenda (D33) plans to add billions of dirhams to the economy could offer growth opportunities to the ex-pats in the city.

According to Sheikh Mohammed bin Rashid, the plan would make Dubai a top global city in relation to its economic strength in the next 10 years. He said that Dubai’s economy would double in the next decade by following the D33 plans, attracting foreign investments. Under D33, the UAE would invest in more than 100 projects, diversifying the economy of the UAE and being at the forefront of the global economy. Dubai already has 300,000 foreign investors.

D33 also introduced a plan for startups and the education sector in Dubai. The UAE already has various famous universities, delivering quality education to students. The UAE plans to attract new universities to Dubai, bolstering the higher education sector. The D33 plans also offer a programme to support 30 private companies to achieve unicorn status worth over Dh3.67 billion. Under the plan, the UAE aims to bring 65,000 Emiratis into the labour market.

The Dubai government has always supported employees in various fields. Recently, the UAE announced a year-long paid leave for government employees who want to start their own businesses in the country. The UAE also launched its Nafis program to provide financial incentives to employees in the private sector. The UAE also offers a business-friendly environment to foreign companies. Over 1,500 United States firms have established their presence in the UAE. Over the last few years, the UAE has signed various agreements with western countries. Last year, the UAE and France signed multiple agreements and memoranda of understanding (MoU) in the economic, cultural, military, energy, education and environmental fields.

Sheikh Mohammed bin Rashid has said that Dubai aims to achieve economic targets totalling Dh32 trillion over the next 10 years, increasing foreign trade to Dh25 trillion and connecting Dubai with 400 new cities around the world. Dubai’s focus on innovation and digital transformation would help add Dh100 billion to Dubai’s economy annually. Last year, the “Dubai Metaverse Forum” activities, organised by the Dubai Future Foundation, was held in the Emirates Towers. The global experts and policymakers in the metaverse attended the event.

In December, the UAE Prime Minister announced the next phase of Dubai’s 2040 Urban Master Plan in order to increase the city’s status as a livable destination. Sheikh Mohammed bin Rashid called for developing a ’20-minute city’, where citizens can reach their destinations on foot or by bicycle within 20 minutes, highlighting easier commuting among the top priorities.