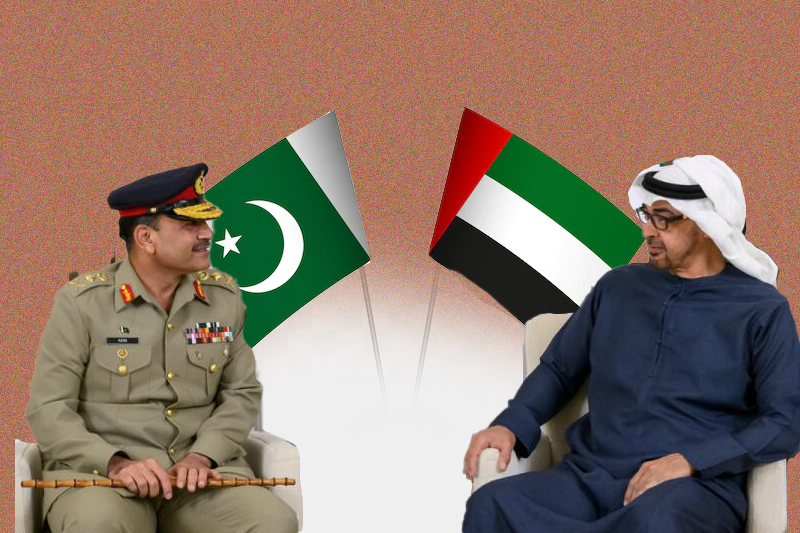 General Asim Munir, Chief of Army Staff of the Islamic Republic of Pakistan, concludes his official visit to Saudi Arabia and the United Arab Emirates today. UAE President His Highness Sheikh Mohamed bin Zayed Al Nahyan received General Munir and congratulated him on his appointment as Pakistan’s Chief of Army Staff, wishing him luck in his new duties.

General Munir, who has headed the Inter-Services Intelligence (ISI) and the Military Intelligence (MI) – Pakistan’s two powerful spy agencies – assumed charge as the new Army chief in late November. For his part, he expressed his thanks and appreciation to Sheikh Mohamed for congratulating him. The two sides reviewed cooperation relations and joint work between the Emirates and Pakistan in defence and military affairs.

The visit comes as Pakistan is struggling to fix its economic and political issues amidst a political rivalry between the former prime minister Imran Khan and the current government.

The Emirates and Pakistan have long enjoyed a history of cordial relationship referred to as a “brotherhood”, Pakistan Observer – one of the oldest and most widely read English-language daily newspapers of Pakistan – mentioned in a November report. Pakistan has always counted on the UAE as its most dependable ally. Even during the record-breaking monsoon rains and flash floods last year, the Emirates was one of the first countries to offer humanitarian assistance to flood-hit Pakistanis.

With the initiative of “We Stand Together”, the UAE government united dozens of volunteers across the country to offer life-saving support to Pakistan’s affected population. The Gulf nation even established an air bridge of humanitarian assistance to transport relief aid and shelter materials. The first relief aid plane landed in Islamabad on August 28. UAE Ambassador Hamad Obaid Al Zaabi had said the assistance programs confirm the “depth and strength” of the relations between the two countries.