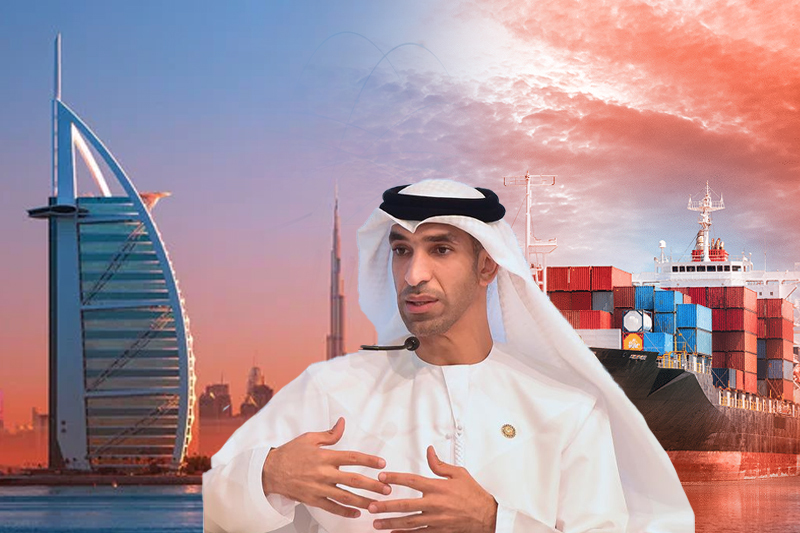 At a time when some countries are increasingly moving toward protectionism and isolationism, the United Arab Emirates continues to use its global presence to the maximum advantage by opening up to the world, Dr Thani bin Ahmed Al Zeyoudi, Minister of State for Foreign Trade, made the remarks in an Op-Ed to the Emirates News Agency. Trade has always been an integral part of the UAE’s history and heritage, the minister mentioned, adding the country’s keenness to open up to the world and help remove obstacles to trade and investment flows translates into an authentic Emirati approach.

According to Dr Thani Al Zeyoudi, the UAE has been expanding its network of trading partners through comprehensive economic partnership agreements with a carefully selected group of key strategic markets around the world. Its non-oil foreign trade in the first nine months of 2022 increased to $450 billion, representing a massive growth of 19% over the same period in 2021, 50% over 2020, and 30% over 2019.

Last year, the country completed three comprehensive economic partnership agreements with India, Israel, and Indonesia. The one with India entered into force last May and showed its positive influence through UAE’s non-oil foreign trade data for the first nine months. The agreement with a country, inhabited by more than 1.3 billion people, has opened the door for Emirati products and services, and unleashed incredible opportunities for exporters.

Concurrently, the UAE is also in the process of completing similar trade agreements with several countries in Africa, Asia, South America, Europe, and the Gulf Cooperation Council (GCC).

These agreements aim to build solid partnerships based on mutual interests with a group of markets of strategic importance internationally and regionally. This approach is in line with the roadmap built for the ‘Projects of the 50’ and the ‘We the UAE 2031’ vision to increase the country’s foreign trade to AED4 trillion, while advancing non-oil exports to AED800 billion.