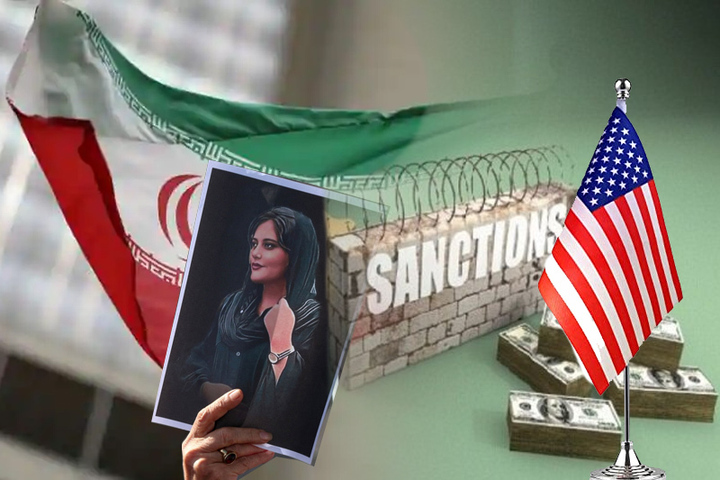 The US puts new sanctions on Iranian officials over protest crackdown

The US puts new sanctions on Iranian officials over protest crackdown

The United States targeted Iranian officials on Wednesday, October 26, including those in charge of Tehran’s Evin prison and others, as part of fresh penalties on Iran for internet censorship and a crackdown on protests sparked by the death of Mahsa Amini in police custody.

Since the 1979 revolution, the protests after the death of a 22-year-old in jail on September 16 represent one of the biggest threats to Iran’s clerical government.

In a separate statement, the US Treasury Department announced that it had imposed sanctions on officials of the Islamic Revolutionary Guard Corps (IRGC), including the commander of its intelligence organization, as well as provincial and Iranian prison officials and those involved in internet censorship.

The focus of Wednesday’s action is Hedayat Farzadi, whom the Treasury has accused of operating Evin prison as warden. According to Washington, a large number of protestors have been transported to the prison, which mostly houses political detainees.

Siamak Namazi, an Iranian-American businessman, is being imprisoned at Evin Prison.

Seyyed Heshmatollah Hayat Al-Ghaib, the director-general of Tehran Province Prisons, was also identified; according to the Treasury, he oversaw Evin.

Two members of Iran’s intelligence and security ministry were also identified, along with the Ravin Academy they formed, which according to the Treasury teaches people in cyber-security and hacking and recruits applicants for the ministry.

The mission of Iran to the United Nations in New York did not respond to a request for comment immediately.

The U.S. action freezes the U.S. assets of individuals named and prohibits Americans from interacting with them in general. Those who engage in specific transactions with them are likewise susceptible to punishment.

Since the killing of Amini, a variety of Iranians have taken to the streets, with some calling for the overthrow of the Islamic Republic and screaming “Death to (Supreme Leader Ayatollah Ali) Khamenei.”

At least 250 protestors, including adolescent girls, have been slain, according to rights groups, and others have been jailed.

The authorities, who have accused the United States and other Western nations of inciting what they describe “riots,” have not officially announced a death toll, but state media have reported that approximately 30 members of the security forces were murdered.