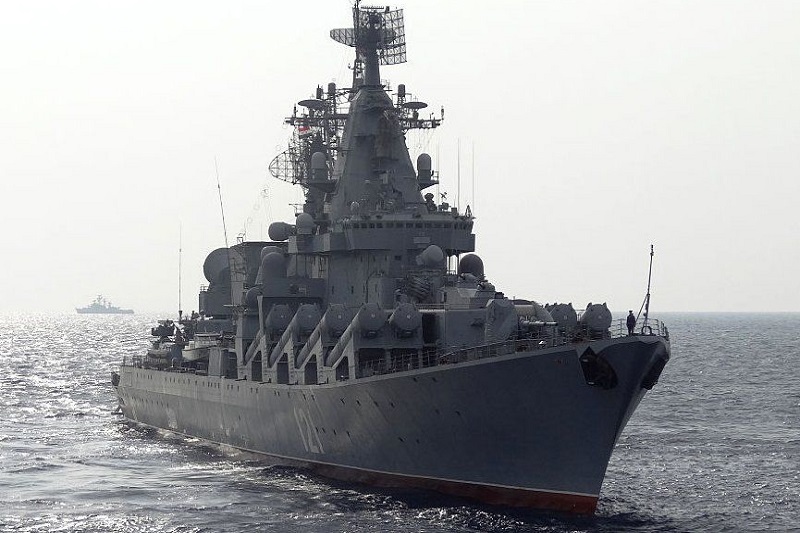 Russia’s defence ministry confirmed Friday that a Russian warship has sunk An explosion on Wednesday damaged it.

The flagship of Russia’s Black Sea Fleet, Moskva, was being moved to port when “stormy seas” caused it to sink, said a ministry message.

The missile cruiser was a symbol of Moscow’s power, leading its naval attack on Ukraine.

Meanwhile, Kyiv says its missiles hit the warship. The US says it also believes the ship was hit by Ukrainian missiles.

It is pertinent to state that Moscow hasn’t reported an attack, saying the vessel sank after a fire that caused the explosion of the warship’s ammunition. Meanwhile, Russia said the entire crew was later evacuated to nearby Russian vessels in the Black Sea.

After reporting initially that the warship was afloat, the Russian defence ministry announced late on Thursday that the Moskva had been lost.

The vessel – weighing 12,490-tonne – is the biggest Russian warship to drown since World War Two.

“The vessel lost its balance because of damage sustained in the hull. A fire broke out after ammunition exploded. The vessel sank because of the choppy seas,” the Russian defence ministry said.

Kyiv officials have said the warship’s captain was killed on board.

Ukrainian military officials said they had struck the Moskva with Neptune missiles – a weapon Ukraine designed after Russia’s annexation of Crimea in 2014, due to which the naval threat to Ukraine in the Black Sea surged.

The US believes the Moskva was struck by two of these missiles, an official said on Friday.

A senior Ukrainian official said about 510 crew members could have been on board the Moskva.

The Moskva gained notoriety on the first day of Russia’s invasion of Ukraine (24 February) after calling on a garrison of Ukrainian border troops d in the Black Sea to surrender.