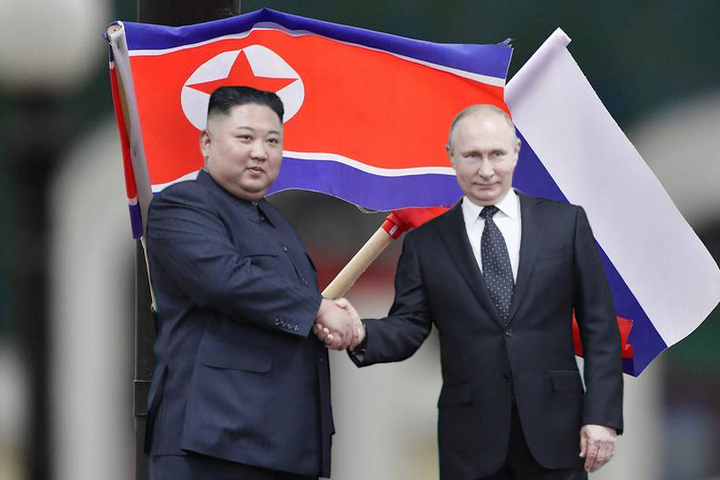 Putin says that relations between Russia and North Korea will blossom

Pyongyang’s state media stated on Monday that Russian President Vladimir Putin had a conversation with North Korean leader Kim Jong Un in which he promised that the two nations will “develop the comprehensive and constructive bilateral relations with cooperative efforts” (Aug 15).

According to the KCNA news agency in North Korea, Vladimir Putin wrote a letter to Kim Jong-un on the occasion of Korea’s liberation day in which he stated that closer ties would be in the interests of both countries and would help strengthen the security and stability of the Korean peninsula and the Northeastern Asian region.

Kim also wrote a letter to Putin in which he stated that the Russian-North Korean friendship was established during World War II as a result of the Russian triumph over Japan, which had controlled the Korean peninsula at the time.

According to what Kim stated in the letter, the “strategic and tactical collaboration, support, and solidarity” between the two countries has now reached a new level in their ongoing efforts to thwart threats and provocations from hostile military forces. Although KCNA did not specify who the hostile forces were, it is common practice for the organization to refer to the United States of America and its allies when using this term.

During his meeting with Putin in 2019, Kim forecast that North Korea and Russia would sign an agreement that would lead to increased cooperation between the two countries.

In July, North Korea acknowledged as independent governments two Russian-backed separatist “people’s republics” in eastern Ukraine, and officials discussed the possibility of North Korean workers being transferred to the areas to assist in building and other forms of labor.
As a direct result of this decision, Ukraine immediately severed relations with Pyongyang. Ukraine is currently fighting a Russian invasion, which Moscow has referred to as a “special military operation.”