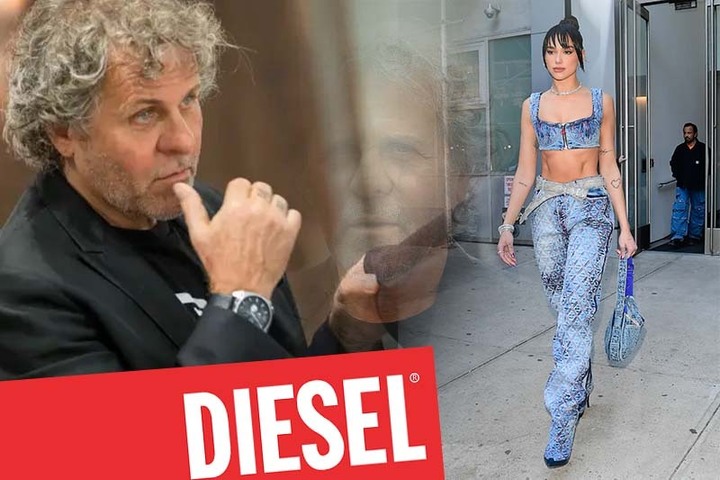 The founder of the jeans label Diesel as well as the owner of the fashion brands Jil Sander and Marni has stated that he wants to develop an Italian luxury conglomerate to compete with French corporations such as Kering and LVMH.

Renzo Rosso, the current chair of holding firm Only The Brave (OTB), established Diesel in 1978 when he was only 23 years old. Since then, he has grown the company into a fashion empire that includes seven brands and employs 6,000 people across the globe.

During an interview with the Financial Times, he stated that Italy does not have a domestic luxury conglomerate comparable to those found in France. “I intend to put together one of these.”

Rosso is currently in the process of hiring bankers to advise him as OTB moves on with their plans to float on the public market. “Of course, our [market capitalization] will be different from that of the large French groups; but, my goal is to demonstrate that Italian businesses can collaborate in order to enhance one another,” said the executive.

After Russia’s invasion of Ukraine, there have been repercussions for the European luxury goods sector as a result of the sanctions that have been imposed against Russia. The European Union imposed a ban on exports of items to Russia valued more than €300 (about $423 at the time), thereby putting a stop to the trade in luxury fashion.

Russia is not a key destination for the luxury goods business, despite the fact that some influential Russians, such as President Vladimir Putin, are known to be aficionados of Italian luxury brands.

“The lockdown in some regions of China has been a far higher concern for me compared to the war in Ukraine in terms of impact on our business,” said Rosso. “The war in Ukraine has been a much smaller issue for me overall.” OTB’s annual revenues account for around 2% of the company’s total, which increased to €1.53 billion in 2021 from €1.3 billion the year before. This is a growth of 35%. It does not operate any retail locations in either country.

On the other hand, Asia is a significant market for the business group. It opened a location in South Korea the year before last, and Japan alone accounts for twenty-five percent of the company’s overall revenues.

Rosso stated that throughout the next three years, one-third of the group’s investments would be directed on developing their business in China. OTB presently operates 80 outlets across the country, which together are responsible for the employment of close to 1,000 individuals. Its goal is to more than double the number of stores and employees in that region by the year 2024.

To this point, the huge French companies like Kering and LVMH have been the ones to seize the possibilities to buy key Italian labels like Gucci, Bulgari, and Bottega Veneta when they have presented themselves.

The acquisition of Maison Margiela and Marni by Rosso came before his purchases of Jil Sander and the up-and-coming brand Amiri, making him one of the few people in the Italian fashion sector to have followed a trajectory comparable to his own. Rosso stated that they would consider further expanding before listing their company.

We are on the search for companies that can help improve our luxury positioning, which is not an easy task. We will show the rest of the world that even a country as small as Italy is capable of producing its own luxury conglomerate.

Although Rosso’s personal fortune is reported to be over €2.5 billion, he is deeply devoted to his roots and still resides in his native town of Bassano del Grappa, which is located in the north-eastern region of Italy.

Since the beginning of the conflict, he is responsible for bringing over 440 Ukrainian refugees to Italy and providing support for them through the foundation that his wife, Arianna Alessi, runs, as well as through local NGOs and donations from people and other businesses.

“We gave them housing near our offices [in the area of Veneto], and I have hired approximately 20 ladies across the business,” Rosso added. “The Veneto region is home to our headquarters.” According to him, the Italian brand Intimissimi has provided them with pajamas and underwear, and he added, “We’ve seen an outpouring of charity from locals and businesses.”

He stated that despite the fact that the war and the sanctions will have an effect on the industry, it was essential to take a stance against the invasion of Ukraine.
“The footage of the war that these women have given us from their partners made me understand that what we see on television isn’t even half of the picture, and it is simply devastating,” said one of the speakers at the event.