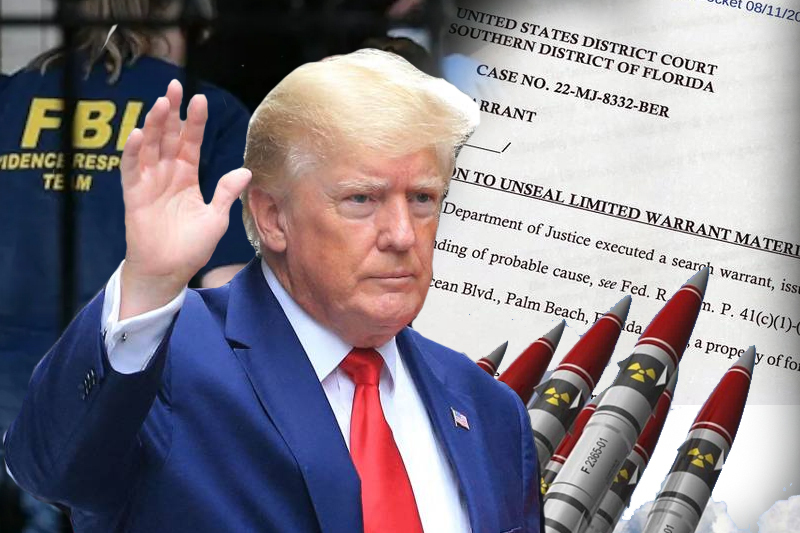 A latest report by The Washington Post has revealed that the FBI agents were looking for secret classified documents related to nuclear weapons along with other classified material as they raided former President Donald Trump’s Mar-a-Lago residence in Florida on Monday. Citing people familiar to the investigation, The Washington Post said that “the nuclear weapons documents were thought to be in the trove the FBI was hunting in Trump’s Mar-a-Lago resort”. It was, however, not specified what the documents are exactly and whether they are related to the arsenal of US or any other country.

The report by The Washington Post came hours after the US attorney general, Merrick Garland said he had personally authorized the FBI request for a search warrant of Trump’s Florida residence. He added that the justice department has asked a Florida court for the search warrant to be unsealed, citing that Trump himself had made the details about FBI raid public.

“The public’s clear and powerful interest in understanding what occurred under these circumstances weighs heavily in favor of unsealing,” the motion by Justice Department says. “That said, the former President should have an opportunity to respond to this Motion and lodge objections, including with regards to any ‘legitimate privacy interests’ or the potential for other ‘injury’ if these materials are made public.”

Any documents related to the nuclear weapons arsenal holds exclusive sensitive status, the access to which is restricted to a limited number of government officials. Publicizing any details about nuclear weapons in US arsenal could provide an inside road map to country’s adversaries. “If that is true, it would suggest that material residing unlawfully at Mar-a-Lago may have been classified at the highest classification level,” said David Laufman, the former chief of the Justice Department’s counterintelligence section, which investigates leaks of classified information.