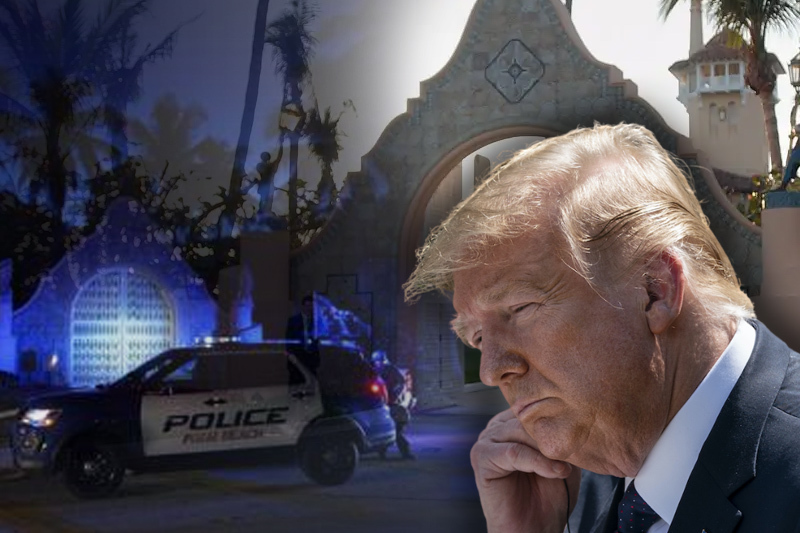 FBI (Federal Bureau of Investigation) investigators have raided former US President Donald Trump’s Mar-a-Lago resort in Palm Beach, Florida. The former confirmed about the search in a statement on Monday, adding that the searched items included the contents of a safe. The latest bout of search confirms that US Justice Department is leaving no stone unturned to pursue intensive criminal investigation around the former president.

Trump disclosed about the investigation by FBI of his Florida home, calling the work as an “unannounced raid” that he would compare to “prosecutorial misconduct”. “My beautiful home, Mar-A-Lago in Palm Beach, Florida, is currently under siege, raided, and occupied by a large group of FBI agents,” Trump said in a bitter statement on Monday evening, adding, “They even broke into my safe!”

“Nothing like this has ever happened to a President of the United States before.” Criticizing the raid, Trump said, “After working and cooperating with the relevant Government agencies, this unannounced raid on my home was not necessary or appropriate.”

On Monday morning, the FBI executed a search warrant at Trump’s residence in Florida’s Palm Beach as part of an investigation into “Trump’s unlawful removal and destruction of White House records after his presidency,” as mentioned by two sources familiar with the investigation. The raid by FBI was under orders from the Justice Department to search Trump’s Mar-a-Lago resort over the “removal of 15 boxes of presidential records from the White House, including classified documents, as well as the destruction of other materials, marks a dramatic escalation in the inquiry”.

The law regarding willful and unlawful removal or destruction of presidential records, carries sizeable penalties including: fines, imprisonment and disqualification from holding any current or future office.