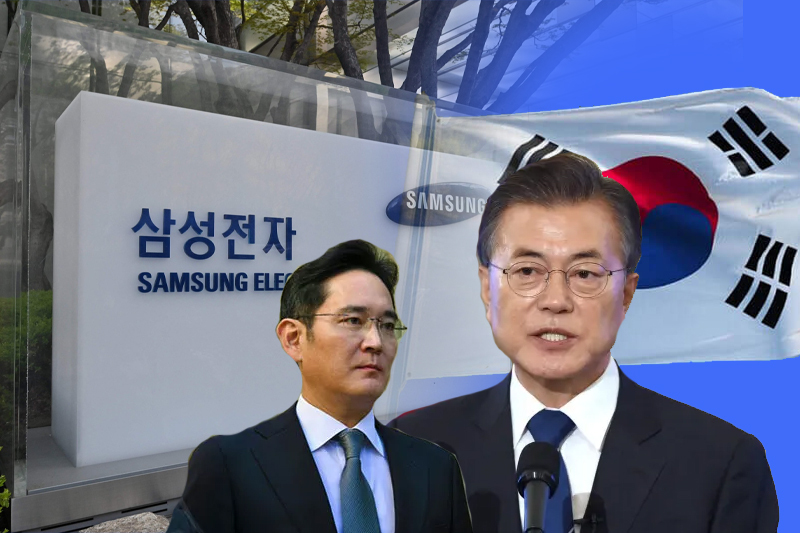 South Korea’s president has announced to formally pardon Samsung ‘prince’, heir Lee Jae-yong. The move comes one year after he was released from prison on parole, charged for bribing former President Park Geun-hye in a massive corruption scandal that had led to ousting of Park’s government.

South Korean government has justified the surprise move of pardoning the Samsung heir. The officials have cited the reason as the need of country’s biggest company’s de-facto leader to be back to the inner circle of firm, spearheading its economic recovery post-pandemic. This is another example why recently concerns have emerged over how the country is being governed, especially 6 years after mass protests in Seoul had emerged resulting in ousting of the then president.

Lee, through a statement released by Samsung, has thanked for a new opportunity. “I want to express my apologies for causing concerns for many people because of my shortcomings. I will work even harder to fulfill my responsibilities and duties as a businessperson,” Lee said.

What is Lee accused of?

Lee, the Samsung ‘prince; has been directly linked to the high profile corruption scandal of bribing former South Korean president Park Geun-Hye, during her office term from 2013-2017. The scandal had triggered mass protests and ouster of Park’s government. The “Crown Prince of Samsung”, as dubbed by protesters, has paid $8 million (£6.6m) in bribes to former President Park and her associate in order to secure government’s support for a merger that was opposed by shareholders.

When the scandal whereabouts were revealed, millions of South Koreans came on to the streets candlelit protests every weekend during the winters of 2016-2017. They demanded ousting of President Park and a mending between  country’s politics and business.

Park was impeached and imprisoned for 25 years in 2017. Lee was jailed a year later, accused of offences including “embezzling company funds to buy a $800,000 (£650,000) horse for the president’s friend’s daughter”.

The people in South Korea who have been fighting against corruption see the presidential pardon of Lee as a major setback. “It is a setback. And it means Korea retreats to the time before the candlelit demonstrations,” said Sangin Park, an economics and industrial policy professor at Seoul National University.