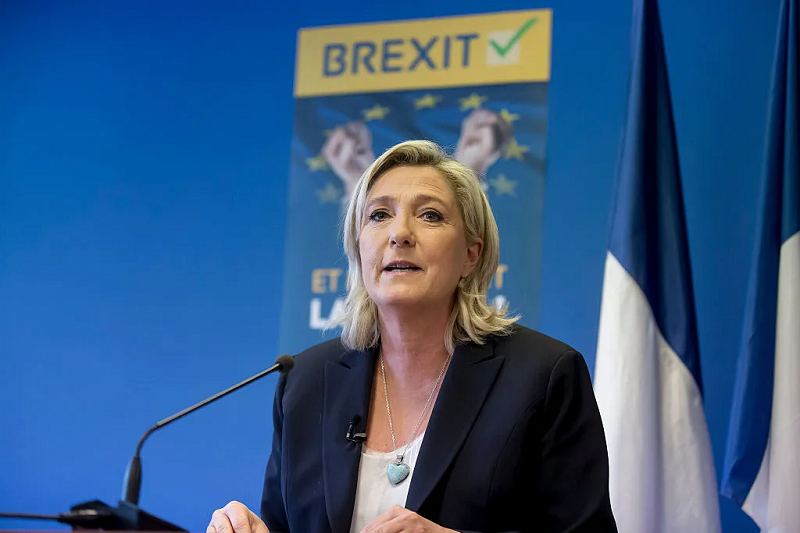 Less than two weeks before the French run-off election between the current President, Emmanuel Macron, and his far-right rival, Marine Le Pen, the latter revealed that if she won the presidency, she would not stop a Brexit-style referendum on whether the country should pull out of the European Union. International commentators believe that the decision would radically reshape Europe and have dramatic ramifications across the world.

“A referendum which is against the fundamental interests of the country could be opposed by the president and the National Assembly, but that is not the case with our exit from the EU,” Le Pen said when asked whether a Frexit referendum would be seen under her presidency. Le Pen made the remark during her meeting with journalists. “The French have the right to reassess their presence on whichever organisations they choose,” she said.

In 2017, Le Pen campaigned for a so-called “Frexit,” saying that Paris was suffocating under decisions made by the EU and needed to part ways with the 27-nation bloc. Le Pen’s office in the EU Parliament featured posters calling for Frexit.

This time, the hardliner has not pushed to pull Paris out of the EU and hasn’t included it exclusively as part of her effort to align closely with French voters. Opinion polls showed most French were in favour of EU membership. It is pertinent to state that a February survey by the polling agency said that 63pc of the French population would support a referendum on the issue.

“Frexit is off our agenda,” a politician for Le Pen’s National Rally party said last week, adding that Le Pen’s strategy would be to weaken the EU. She, as president, would align with other nationalist leaders, like Hungarian Prime Minister Viktor Orbán.

“There are various countries with likewise views that the EU can be changed from within,” the politician said.