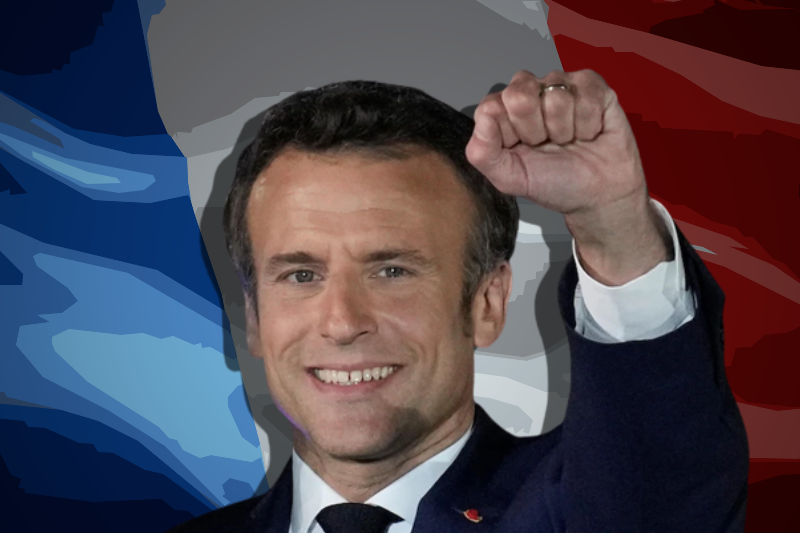 macron wins liberal democracy in action for the second term

Macron wins: “Liberal democracy in action” for the second term

Celebrated French President Emmanuel Macron has won presidency of the European country for second term on Sunday. The convincing win over his far right opponent Marine Le Pen has sent a wave of relief across continent over looming chaos if Le Pen would have registered win over Macron.

Winning about 58 per cent of votes, as projected in second round run off, Macron has registered a convincing victory. With this he has also become the only French President to have re-elected for a second term. But securing projected 42 per cent votes Le Penn has also made history – this has been the first time that a far right candidate has come so close to victory. The voting share has thus revealed a nation which is now deeply divided.

Macron, the 44 year old President, is set to face plethora of challenges lying ahead for his second term. The first challenge is the June parliamentary election that might be a tight rope to ensure majority in the Parliament.

Addressing his victory rally, the pro-European centrist leader stood at the foot of Eiffel Tower, Macron vowed to respond “efficiently” to the “disagreement” of voters who cast their ballots in favor of the far right.

“An answer must be found to the anger and disagreements that led many of our compatriots to vote for the extreme right. It will be my responsibility and that of those around me,” he told thousands of his cheering supporters waiving French and European flags.

He added, “I know that a number of French people have voted for me today, not to support my ideas but to stop the ideas of the far right.”

He called on his supporters to be “kind and respectful” to others who did not vote for him, because the country is evidently riven by “so much doubt, so much division”.

Le Pen has thus been defeated for the third time in presidential election, not a fond thing to remember for her. According to critics, the reason for defeat is that the party refused to leave its hard core stand of being far right and racist, the exact point that Macron took in as an advantage while campaigning.

Macron’s win and Le Pen’s defeat is “very good news for the unity of our people”, noted Jean-Luc Melenchon, the hard left third party candidate in first round of elections.