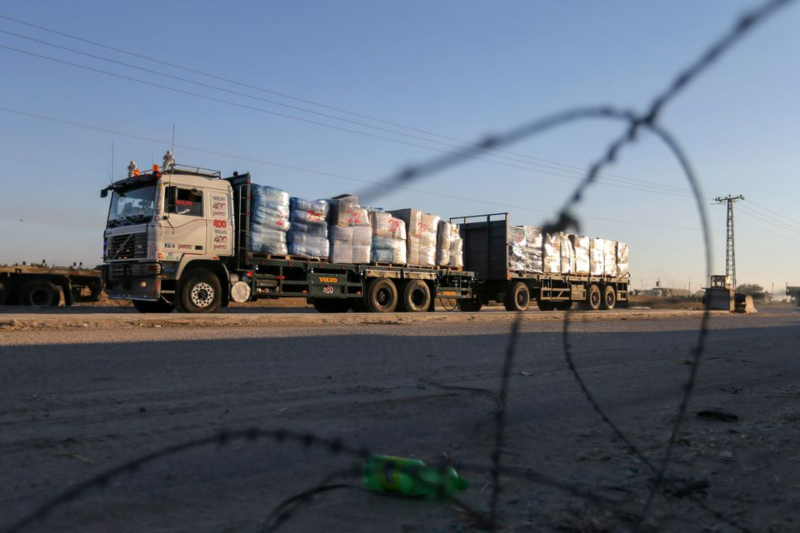 The one who is said to have started the war is now trying to make amends. Israel has now agreed to ease off commercial restrictions on the Gaza Strip allowing entry of goods to the Palestinian Enclave. The move comes after a long-drawn protest was under way organizing hundreds of Palestinians at the Israeli border. They were protesting against the crippling blockage. A similar peaceful gathering had previously ended in a tussle with the Israeli Army.

The Hamas military at the Gaza Strip curtailed the crowd with no news of violence or loss of life. In Israel, the defense ministry is in-charge of the Israel’s crossings with the Palestine territory. They have decided to increase imports of new vehicles, good and equipment for civilian for civilian projects in the Gaza Strip. This is definitely going to help the business community that heavily depends on movement between Israel and the Gaza Strip.

The easing of restrictions would be “conditional upon the continued preservation of the region’s security,” and could be further expanded if the border situation improves, the body, known as COGAT, said. Even Egypt would be opening its key border points with the Gaza Strip too. Some political analysts believe that the Hamas was at one point of time funded by Israel itself. Since 2007, Israel and Hamas have fought four wars and been into numerous skirmishes. This led to the militant group seizing power in Gaza in an armed coup following its victory in the Palestinian elections. Israel and Egypt imposed a devastating blockade since Hamas took control, which Israel says is necessary to keep Hamas from rearming.