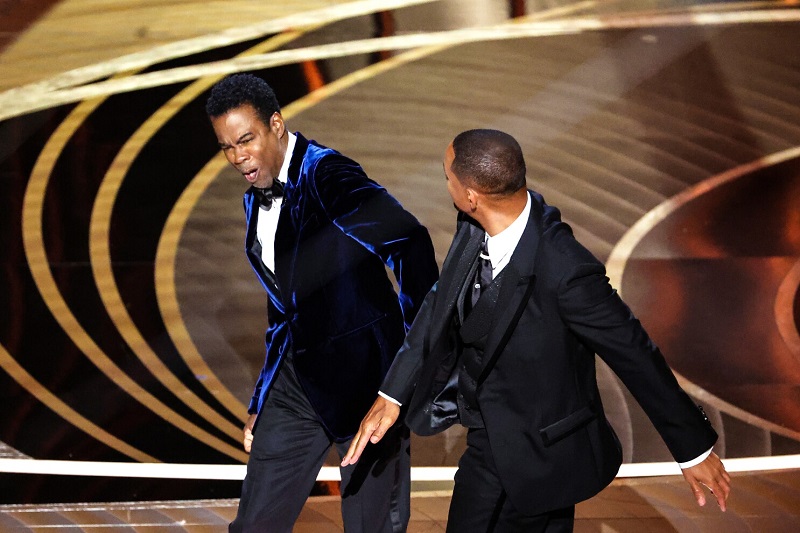 everything you need to know about will smiths oscar night slap

Will Smith slapped Chris Rock on stage at the Oscars after the latter made a joke about the actor’s wife — Jada Pinkett Smith.

“Pinkett, can’t wait for GI Jane 2,” the comic said, referencing her shaved hairdo, which is a result of the hair loss condition — Alopecia.

Smith went on stage and struck Rock on his face before returning to his seat. “Keep my wife’s name out of your mouth,” Smith shouted.

Pinkett Smith rolled her eyes at the ‘distasteful’ comment, while Smith appeared to laugh and clap his hands initially. Later, he was seen on stage, running up to Rock.

The comic looked stunned in the aftermath of the incident but told the audience: “It is the greatest night in the history of television.”

Michigan Shooting: Parents of the teenagers charged with manslaughter, rewards for giving their information

It is pertinent to state that the actor later apologised to the Academy.

In what was a tearful acceptance speech for best actor, Smith also said he apologised to all his fellow nominees. However, there was no specific apology for Rock, who was struck in the face.

“Art imitates life,” Smith said. “I may seem like a crazy father. However, love makes you do crazy things.”

The organisers of the Oscars, the Academy of Motion Picture Arts and Sciences, tweeted that it didn’t condone violence of any form.

The Los Angeles Police Department said Rock had declined to file a report with them.

After the incident, the comedian handed over the best documentary prize — the reason he was on stage.

According to Scott Feinberg, The Hollywood Reporter, a tearful Smith needed to be “comforted and pulled aside.”

Actor Bradley Cooper was also seen standing along with Smith and appearing to reassure him.