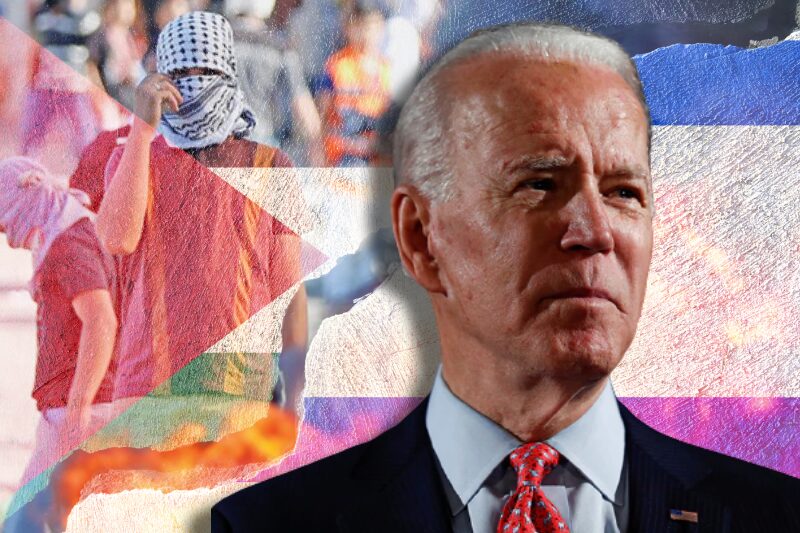 United States of America’s 46th President Joe Biden has a staunch stand when it comes to Israel, and it is much from his days as a young senator. Biden’s faithful support towards Israel has so far not transcribed into bending under pressure from progressive Democrats as well as Jewish Democrats. The demand from this sect is pretty simple – take a tougher line of action towards Benjamin Netanyahu. The issues revolve around human rights that is on verge of complete jeopardy as Israeli military continues its offensive in Gaza Strip leading to mounting body count. This also puts President Biden’s own credibility and foreign policy on question. With Israeli Prime Minister Benjamin Netanyahu “vowing” to keep attacks at “full force” and no sign of ceasefire, international and American pressure citing death toll on President Biden can finally nudge him just enough to change his stand on situation.

Netanyahu is not a popular choice among American Jews, thanks to his controversial policies. Survey by Pew Research Centre reveals that only 40% think PM Netanyahu is showcasing a good leadership. This number fell to just 32% among younger Jews. Furthermore, only 34% opposed sanctions imposed on Israel. J Street, the influential and liberal Jewish lobby in Washington that has quite meaningful sway in Democratic party, has urged President Biden to work on arresting bloodshed in region and policies that helped pave way to conflict. J Street’s president Jeremy Ben-Ami said, “We’re also urging the administration to make clear publicly that Israeli efforts to evict and displace Palestinian families in East Jerusalem and the West Bank are unacceptable, as is the use of excessive force against protesters.”

What made Israel’s policies a partisan issue in Congress lies majorly on former President Donald Trump’s undying affection and embracing of Netanyahu and his policies. With increasing opposition from American Jews, former Israeli Ambassador to the US, Ron Dermer argued last week that Israel must spend its energy to reach out to “passionate American evangelicals”, rather than Jews who are one of the most vocal critics of Israel.

Alexandria Ocasio-Cortez, is one of the most vocal progressive Congressional. AOC has been opening criticizing Biden’s open support to Israel’s “right to defense”. She tweeted on Saturday, “If the Biden admin can’t stand up to an ally, who can it stand up to? How can they credibly claim to stand for human rights?”

It is possible that under growing pressure, Biden might eventually alter his stand. However, experts say that President Biden’s opinions have been set too long ago and it would be pretty hard to change the course now. Biden’s foreign policy is largely based on his support from traditional alliances, and Israel is one of them. In 1981, when Israel had bombed Iraq’s suspected nuclear reactor, Joe Biden as a senator had supported the act firmly in Senate. He also bagged the label of “Israel’s best Catholic friend”.

Carmiel Arbit, a nonresident senior fellow at the Atlantic Council said, “Biden has his own compass when it comes to the region, and is less susceptible to pressure from the left flank of his party. Although there is some pressure within the Democratic party to take a less sympathetic stance towards Israel, and it is certainly starting to drive a different conversation, it is not driving policy on this issue. But a lot depends on the situation. If the conflict escalates, and casualty numbers rise significantly, Biden’s posture could change.”