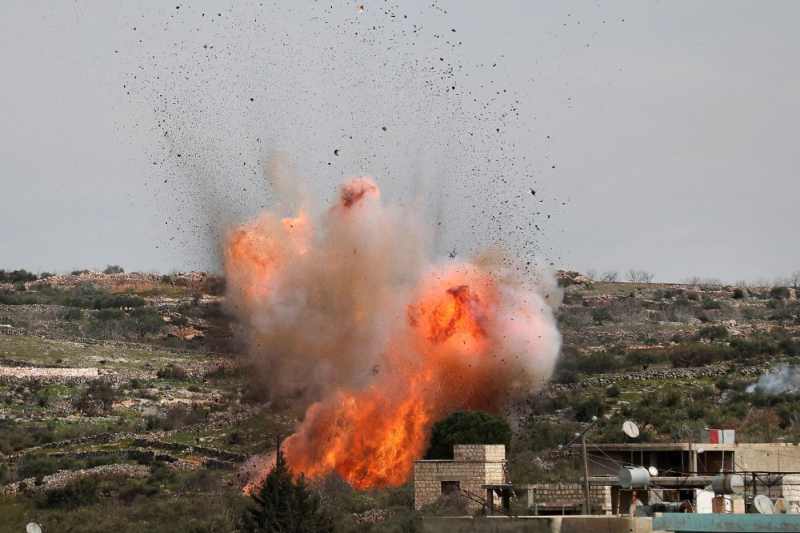 US President Joe Biden called off a second airstrike against the Iran-backed militias in Syria at the last minute on February 26 due to the presence of a woman and children at the targeted spot, as per media reports.

Significantly, Biden had ordered two airstrikes on Iran-backed militias in Syria last week in retaliation for rocket attacks on US troops in northern Iraq by Iranian-backed Shiite militias on February 15. However, the second strike was called off after the Biden administration received an urgent battlefield intelligence warning indicating the presence of a woman and two children in the target location. A recent Wall Street Journal (WSJ) report stated that the two F-15E Strike Eagles were already in the air to hit the target when the second strike was called off by Washington.

In a first military action by the Biden administration, the US launched an airstrike on the Iranian-backed militia last week, in which one member was killed and two others were wounded.

Pentagon released a statement after the strike, saying that, through President Biden’s order, the United States has made it clear that it will act to protect American and coalition personnel as well as security interests in the region.

In the statement, Pentagon Press Secretary John F. Kirby explained the two-fold reasons behind the attack: First, to make an impact on the groups and their ability to conduct future attacks; Second, to send a clear signal that the United States will protect its people, its interests and those of its partners in the region.

“At the same time, we have acted in a deliberate manner that aims to de-escalate the overall situation in both eastern Syria and Iraq,” the statement added.

According to the WSJ report, Washington also sent a confidential message to Tehran after the strike.

“We had a pretty coordinated diplomatic and military plan. We made sure the Iranians knew what our intent was,” a Biden administration official told WSJ.

While President Joe Biden assumed office with the promise of returning the United States to the Iran nuclear deal, tensions between Washington and Tehran have increased in recent months.

Less than a week after the US military hit the Iran-backed militia site in Syria, multiple rockets hit the Al-Asad airbase which hosts the US, Iraqi, and other coalition forces in Iraq on Wednesday.

Responding to the attack, Pentagon has said that the US would not hesitate to consider a military response. Speaking at the White House on Wednesday, President Joe Biden said, “we’re identifying who is responsible and will make judgments from that point.”