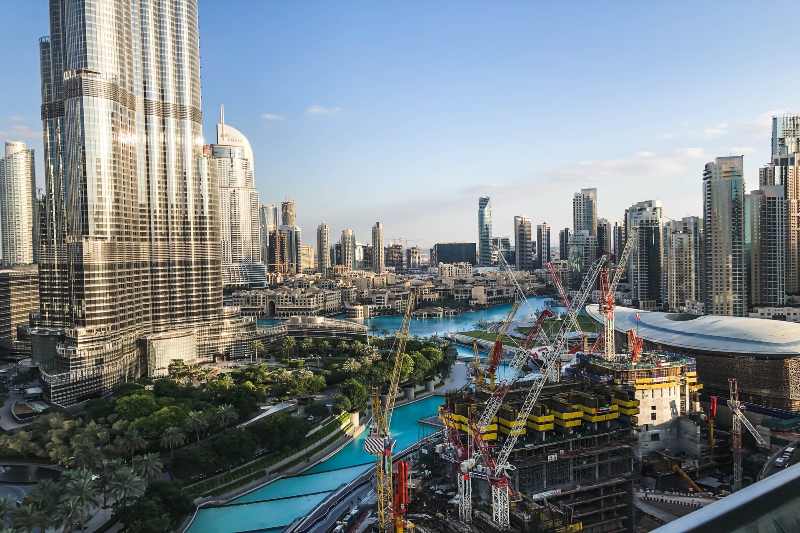 Amidst the ongoing pandemic, the United Arab Emirates has emerged as one of the most resilient economies of the Middle East. Over the last 20 months, the Arab nation has shown tremendous growth in its businesses, most of whose credit goes to the country’s rigorous Covid prevention vaccination campaign. Another sector that impacted the Gulf nation’s economy, putting it back on the path of recovery, was the construction and real estate market.

Bloomberg reported that over the recent months, Emirates’ Purchasing Managers’ Index went up from 50.6 (in February) to 52.6, showing far better growth than Saudi Arabia, whose PMI took a downturn dropping from 53.9 (in March) to 53.3. “March PMI data pointed to weaker growth in non-oil business conditions in Saudi Arabia, suggesting a cooling off in the economic recovery since the start of the year,” Owen said.

IHS Markit emphasised that the upturn in the construction and property market proved to be “a key factor to growth”. The market research company said that since last month UAE witnessed a significant rise in its economy due to the resumption of construction business which showed “a sharp pick-up”.

Last month, the UAE central bank predicted that the country’s growth rate for 2021 was likely to rise up by 2.5%, as opposed to last year, which saw a contraction of 5.8% in its economy. The bank further added that the country’s non-oil GDP would go up by 3.6% in the current year, whereas its oil GDP would remain the same due to production cuts imposed by the OPEC nations.

The central bank said, “Real non-oil GDP growth is expected to be driven by increasing fiscal spending, pick up in credit and employment, relative stabilization of the real estate market, boosted by recovery in confidence and the Dubai EXPO in 2021.”