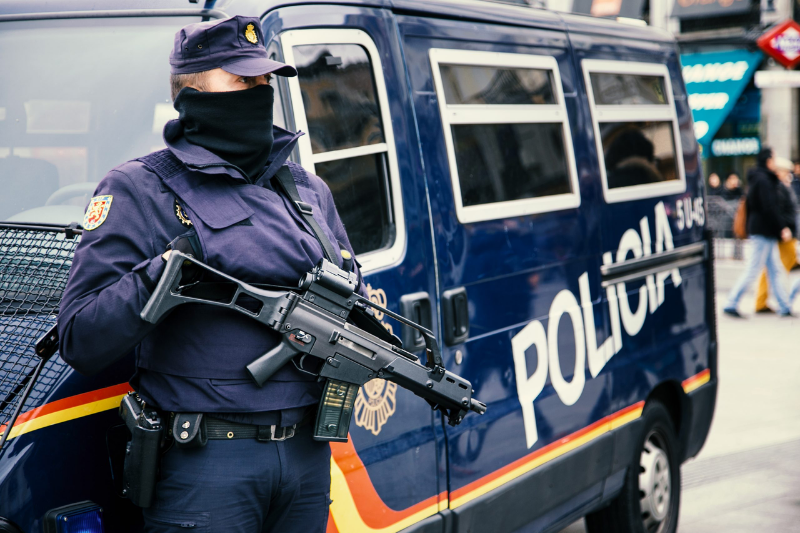 Spanish police have confiscated three underwater drones constructed in Morocco to smuggle drugs across the sea. Unmanned submersibles can carry up to 200 kilograms (441 pounds) of goods, according to the latest information.

Eight people have been detained in Cadiz, Malaga, and Barcelona as part of a 14-month investigation. A gang accused of making and selling the vehicles to drug smugglers across Europe has been disbanded, according to police.

It is the first time that Spanish police have found an underwater vehicle that can be operated without a human operator.

Only one of the submarines has been completed, and the construction of the other two is ongoing. A French drug smuggling organization is rumored to have ordered the pair be built.

Six massive aerial drones were also captured, along with fourteen kilograms (31 lbs) of hashish and eight kilograms (18 lbs) of marijuana.

Drug dealers may have operated the vehicles from anywhere in the world using a tablet computer or smartphone equipped with GPS navigation systems.

A father and son were among those detained; authorities believe the father was a trained helicopter pilot with the technical understanding required to construct such advanced automobiles.

Officials believe that the gang specializes in the construction of a wide range of air, land, and sea vehicles exclusively for the transportation of drugs and accuse them of supplying criminal organizations in Denmark, Italy, France, and Spain with the devices.

Investigative teams found 13 various kinds of vehicles, according to the EFE news agency, including trailers with hidden “double bottoms” that can contain 800kg of merchandise.

It’s not the first time that detectives have discovered underwater drug-carrying vehicles.

Earlier this year, the Colombian navy captured a semi-submersible ship carrying four tons of cocaine on its route to Central America.

Spain’s proximity to Morocco, a significant producer of cannabis, and its close ties to former colonies in South America, where much of the world’s cocaine is produced, have made it a crucial gateway for drugs into Europe.