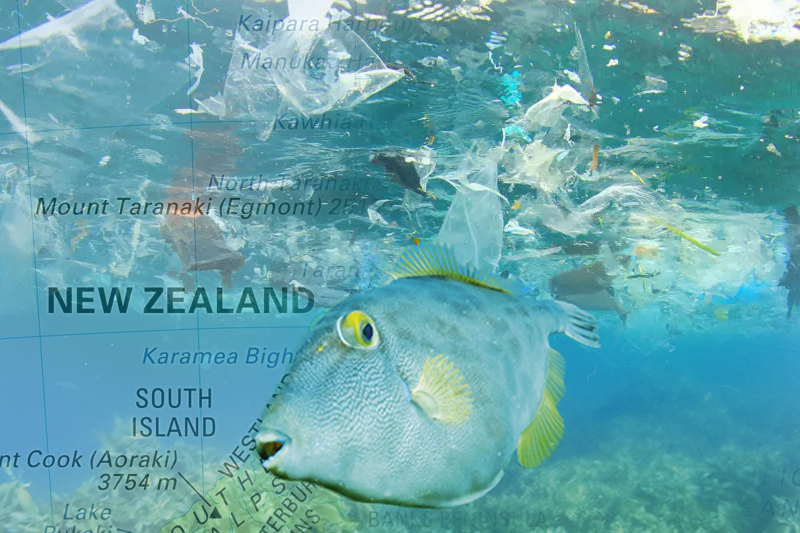 A new report by the government has shown that microplastics are found in three of every four fish in New Zealand, huge population of indigenous seabirds and marine species are nearing the threat of extinction, and warmer oceans are largely becoming uninhabitable to the native species. These findings form part of a stark new government report on the condition of oceans of New Zealand.

The ministry of environment’s marine stocktake was released on Thursday. Painting a grim picture, the report finds that 90 per cent of indigenous seabirds, 82 per cent of indigenous shorebirds, 81 per cent of assessed marine invertebrate species and 22 per cent of marine mammal species fall under the category of threatened with extinction or at risk of becoming threatened with extinction. “More than 4,100 seabirds were killed by longline fisheries in a year, and warmer, more acidic oceans were becoming uninhabitable for taonga (treasured) species and affecting traditional food sources for Māori”, the report finds. The report’s data also shows ocean acidification has increased by 8.6 per cent during period of 1998 and 2020, with overall water temperatures also rising, and marine heatwaves becoming more severe and frequent.

The New Zealand Environment Minister, David Parker has pointed to the “emissions reduction plan, ban on single-use plastic bags, and freshwater management plans as examples of government action to relieve some of the pressure on ocean environments”.

Green party spokesperson Eugenie Sage said, “The health of our oceans is deteriorating at an alarming rate and we’re at risk of losing precious habitats forever.”

“Aotearoa New Zealand is an island nation … we depend on the health of our ocean ecosystems,” said Nicola Toki, Forest and Bird chief executive. “The fishing industry is already suffering the effects of degraded and warming oceans, with dying salmon stocks, and collapsed hoki and crayfish populations.”