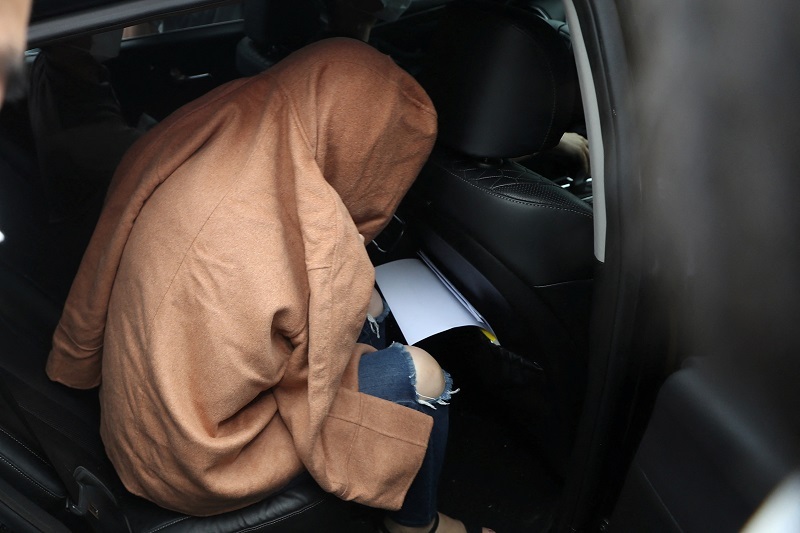 a woman believed to be the mother of two children whose remains were found in suitcases in new zealand last month is transported to prosecutors' office, in ulsan

A 42 year old South Korean woman has been arrested over the alleged murder of two children whose bodies were found in suitcases in New Zealand. The woman has, however, denied the charges as she left a police station in South Korea post her arrest.

“I didn’t do it.” This was the response by the woman, whose name has not been disclosed, to every question as she was transferred by police form Ulsan to Seoul on Thursday.

New Zealand has applied for extradition of the Korean born suspect in connection with the bodies of two children, aged about five and 10, that were discovered in suitcases in a storage facility in Auckland on 11 August. At that time police had said that estimate is the children’s remains have been there for at least three or four years. “Given that the suspect is a citizen of New Zealand and the treaty between the two countries, the South Korean government is likely to promptly extradite her,” Lee Soo-jung, a professor of forensic psychology at Kyonggi University in Seoul, has told broadcaster YTN.

“The suspect will next undergo a review at the Seoul high court over whether she should be extradited,” said Park Seung-hoon, an official at the National Police Agency said on Wednesday.

The authorities in New Zealand and South Korea are now trying to figure out the details and crack the years old case. The bodies were discovered by a buyer when he purchased the used suitcases online.

Quoting the South Korean local media, “South Korean police were able to find the suspect by tracking her phone activity and medical records, and through analysis of CCTV footage near the building where she was reportedly staying with an acquaintance.” The suspect had left New Zealand in 2018 after acquiring the country’s citizenship and has been living in South Korea since then.