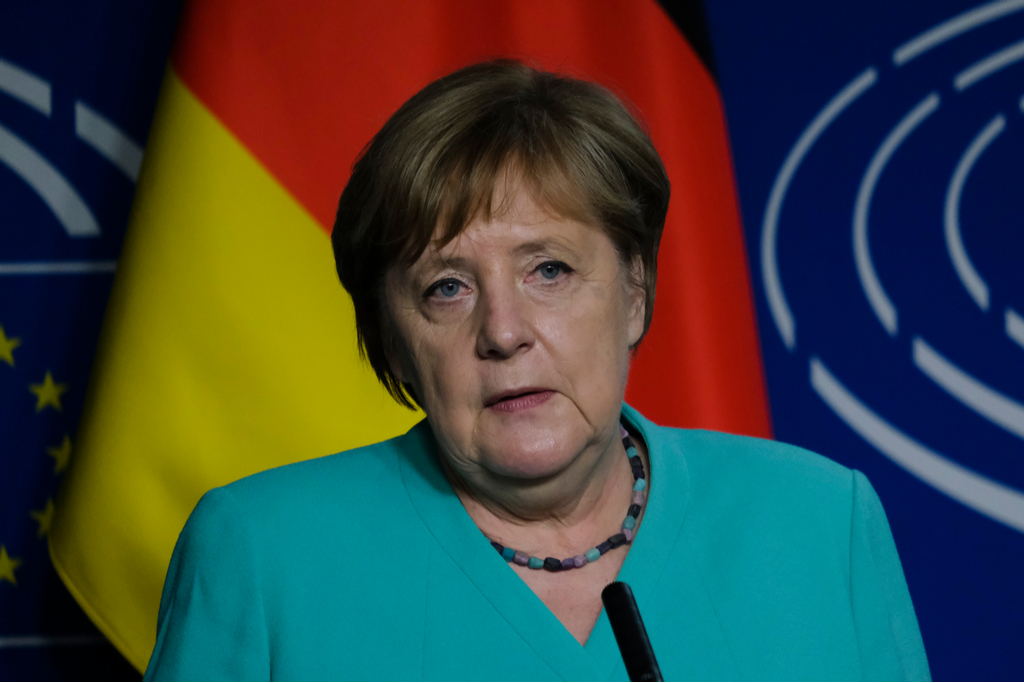 Race for German Chancellorship: Soeder and Laschet compete to be Merkel’s successor

It is not an easy time for Germany to find a perfect replacement for Angela Merkel, who held reigns of the Europe’s powerhouse for the past 16 years. But race for the chancellorship grew intense as two candidates from Merkel’s ruling alliance entered the bid to be her successor. The country’s Christian Democratic Union (CDU) and its smaller Bavarian sister-party, the Christian Social Union (CSU) have been discussing the matter to finalize on one candidate between Markus Soeder and Armin Laschet. The CDU-CSU alliance usually field one candidate.

Soeder is CSU head and Bavarian state premier where as his rival Laschet is the CDU chairman and premier of North Rhine-Westphalia. It is imperative for the coalition group to decide on one candidate at the earliest for political stability of the country and smooth transition of power. In a recent interview with ARD television, Ralph Brinkhaus, the CDU-CSU caucus leader said that he wanted the final decision to be taken within this week so that the conservative bloc could focus on its election campaign.

Peter Altmaier, the CDU economy minister and a close ally to Merkel, said that though the party members had been wishing for an early decision but the process

could take sometime. He said that he was hoping for a “really good solution in the next eight to 10 days.” Altamira told the national broadcaster, n-tv, “We want to get this decided quickly as there are so many problems we have to solve, from the coronavirus to the state of the global economy.”

Reviewing the profile and background of both the candidates, observers said that Soeder stood ahead of Laschet in terms of popularity. Hence, it increases Soeder’s chances to gain the ticket as its important for the party to elect the candidate who had maximum backing from both the bloc members and the general public.

With regard to the election bid, Soeder told reporters, “We determined that both of us are suitable and both of us are ready. Whatever the decision turns out to be, we will work very well personally together.”

On the other hand, Laschet said,“Our goal at this time, with a chancellor who is leaving office, is to foster as much unity between the CDU and CSU as possible. There’s a lot at stake. Europe is watching how Germany develops.” The Conservative party has witnessed fall in its pre-polls support as compared to the last election, as its count dropped from 33% to 28%. Merkel’s party is under tremendous pressure to settle the in-house issue so that it can focus on repositioning itself for the national election, scheduled for September this year.