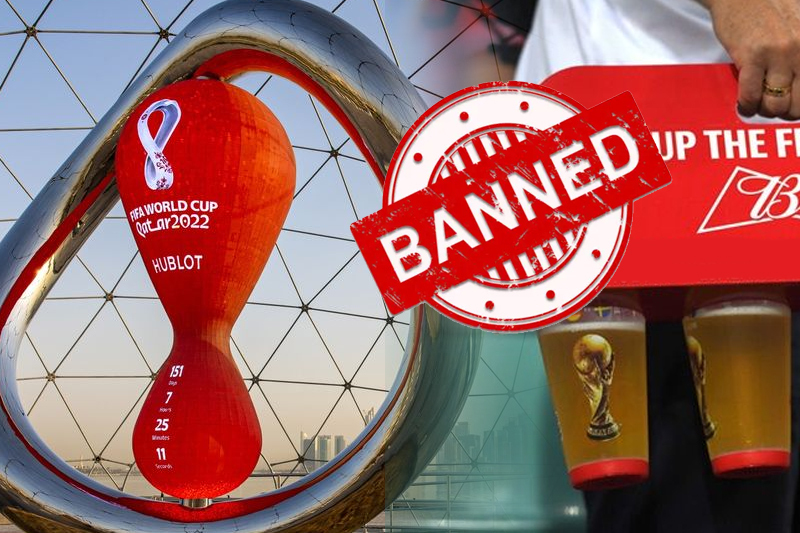 In a last moment, apparently chaotic decision by Qatar authorities, FIFA has confirmed that alcohol has been banned at the stadiums for World Cup matches in a big unprecedented decision through voting just 48 hours before the most awaited tournament begins in the Gulf country.

“Following discussions between host country authorities and Fifa, a decision has been made to focus the sale of alcoholic beverages on the FIFA Fan Festival, other fan destinations and licensed venues, removing sales points of beer from Qatar’s World Cup 2022 stadium perimeters, FIFA confirmed in a statement. “There is no impact to the sale of Bud Zero, which will remain available at all Qatar’s World Cup stadiums.”

What might follow after this decision, as a ripple effect, are a stern stance and possible retaliatory actions by beer companies. FIFA will have to watch like a hawk a likely legal action by Budweiser which has a $75 million (£63m) sponsorship agreement with FIFA. The decision by Qatar of banning beer will be regarded as a major breach of contract by Budweiser. Moments before the news of ban became official, the US beer brand tweeted, that was later deleted, “Well this is awkward …..”

The sale of alcohol is strictly controlled in Qatar, a conservative Muslim nation, but organisers had promised that it would be available in match venues and in fan zones – and that it would also be reasonable priced, The Guardian notes. The Guardian understands that “the decision was taken after the Qataris, as the host nation, decided that everyone inside World Cup stadiums had to feel comfortable – and that wouldn’t be the case if fans were seen drinking alcohol or turned up drunk”.

The news also met with frustration by the Football Supporters’ Association, which have now raised questions as to whether the Qataris can now be trusted on other promises made by them. “If they can change their minds on this at a moment’s notice, with no explanation, supporters will have understandable concerns about whether they will fulfil other promises relating to accommodation, transport or cultural issues,” a spokesman said,