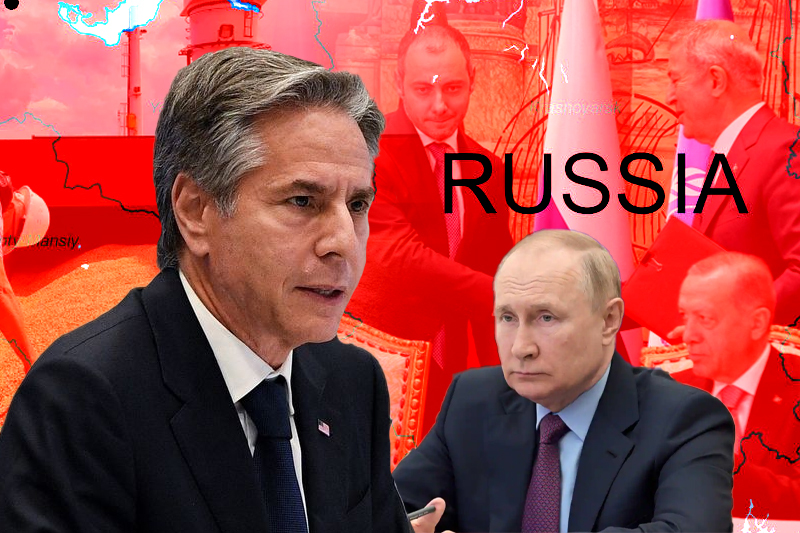 US Secretary of State Antony Blinken stated on Thursday, November 17 that Russia’s decision to extend the Black Sea grain deal was a statement that Moscow believed the international community would not tolerate its termination.

“Together, we conveyed President Putin a strong message that he should prolong the Black Sea grain program, which was slated to expire on Saturday,” Blinken said during a news conference in Bangkok prior to the Asia-Pacific Economic Cooperation (APEC) event.

Russia once again heard and presumably sensed that the international community would not accept Moscow’s refusal to prolong the accord.

Blinken stated that Russia’s ongoing offensives were ultimately responsible for the “tragic episode” in which two individuals were murdered when missiles landed in Poland.

“While Russia appears to have received the G20’s message on the grain deal, President Putin continues to disregard global pleas for de-escalation, opting to escalate by showering dozens of missiles on Ukrainian infrastructure,” he said.

According to NATO and Poland, the explosions were likely caused by a stray Ukrainian air defense missile, but Ukraine disputes this claim.

Blinken added that it was too early to determine whether the amnesty offered to thousands of detainees, including foreigners such as Australian economist Sean Turnell and American Kyaw Htay Oo, reveals anything about the objectives of the country’s military leaders.

“It is the one bright light in an otherwise terribly dismal moment, when things are becoming worse and worse.”

When asked about the potential of U.S. engagement with the junta, Blinken responded, “We have seen no evidence to far that the Myanmar regime is interested in participating.”