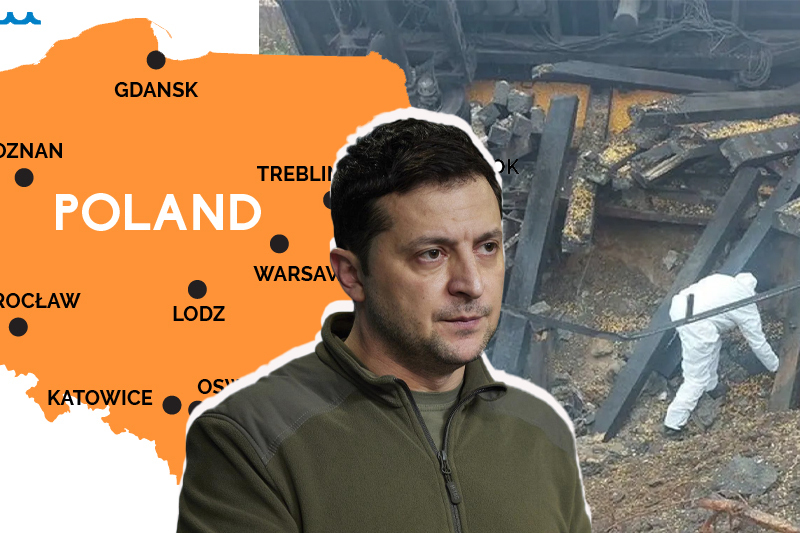 There are “no doubts,” according to President Volodymyr Zelensky, that Ukraine was not to blame for the missile strike that left two people dead in Poland on Tuesday. Zelensky claimed that his top commanders had assured him that “it wasn’t our missile.” Additionally, he demanded that Ukrainian officials be given access to the blast site and invited to participate in the probe.

Jens Stoltenberg, the head of NATO, said Kyiv’s air defence missiles were “very likely” to blame when he made his remarks. Additionally, US Vice President Joe Biden told reporters that “that’s not the evidence” in response to questions about Mr. Zelensky’s claim that the missile was not made in Ukraine. Just 6 km (4 miles) from Poland’s border with Ukraine, a farm in Przewodow was the site of a missile explosion.

On Tuesday, when Russia unleashed what is thought to be its largest round of missile strikes since its invasion in February, Ukrainian air defense systems were activated. The strike, which took place during the G20 conference in Indonesia, sparked international outrage, and reports of a missile blast inside NATO member Poland’s borders stoked concerns about a perilous conflict escalation.

It was “very plausible,” according to Polish President Andrzej Duda, that the missile was fired by Ukrainian anti-aircraft defence. There is no proof that the S-300 rocket, which was an old rocket built in the Soviet Union, was launched by the Russian side, according to the information that he and his allies had. In an interview with the BBC, Mr Stoltenberg expressed his agreement with Poland’s conclusion that a Ukrainian air defence missile was likely to blame for the event.

The essential takeaway, he added, is that Russia is ultimately to blame for what happened because it would not have happened if Russia had not engaged in a horrific campaign of aggression against Ukraine. He continued by saying that Nato had promised to give Ukraine, a non-member of the alliance but the recipient of substantial military funding, a “more modern air defence system.” The US ambassador to the UN, Linda Thomas-Greenfield, also claimed that Russia was ultimately to blame for the event.

The UN Charter is clear: Ukraine has every right to defend itself against this barrage, she said at a UN Security Council meeting. “While we still don’t know all the facts, we do know one thing – this tragedy would never have happened but for Russia’s needless invasion of Ukraine and its recent missile assaults against Ukraine’s civilian infrastructure. In the meantime, the top US general has cautioned that, despite a number of successful Ukrainian counteroffensives in the east and south, an early military victory for Ukraine remained doubtful.