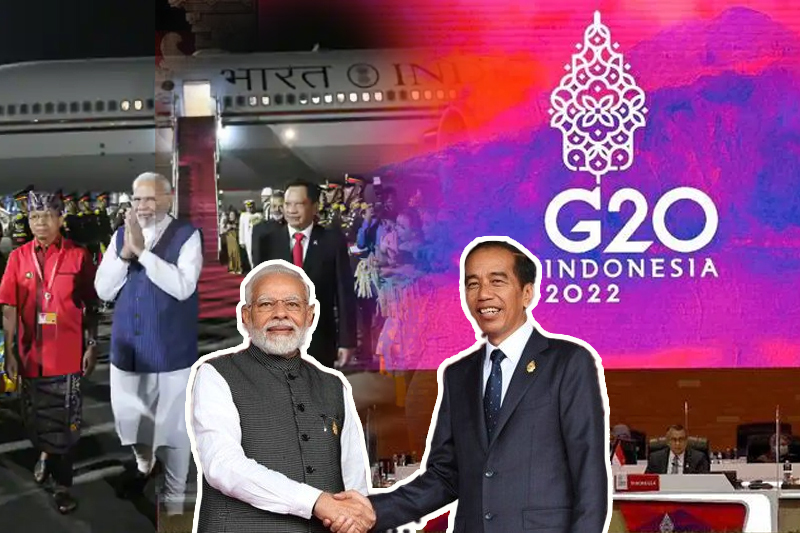 While attending the G20 (Group of 20) Summit in Indonesia, the Prime Minister of India, Narendra Modi, on Tuesday, reiterated his call for a return to the path of ceasefire and diplomacy in Ukraine in order to establish peace in the world.

Addressing the first working session of the G20 Summit in Bali that focused on food and energy security, PM Modi urged the members of the G20 to show “concrete and collective resolve” to ensure peace and security in the world. The Indian Prime Minister also emphasised that finding a solution to the Ukraine crisis will be a focus of India’s presidency of the G20. India will take over the G20 presidency for one year, which begins in December. He said, “I am confident that next year when the G20 meets in the holy land of Buddha and Gandhi, we will convey a strong message of peace to the world.”

India has repeatedly called for an end to hostilities and a return to the path of diplomacy in the Russia-Ukraine war. The Indian prime minister has spoken to Russian President Vladimir Putin and Ukrainian President Volodymyr Zelenskyy several times to resolve the crisis.

He also talked about climate change, the Covid pandemic and the importance of India being energy secure. He reportedly said, “India’s energy security is important for global growth because it is the world’s fastest-growing economy.” He reiterated that India ensured food security for its 1.3 billion citizens during the Covid-19 pandemic.

The G20 leaders have gathered for a two-day meeting in Bali under the theme of “recover together, recover stronger.” US President Joe Biden and British Prime Minister Rishi Sunak recently said that they will use the summit to denounce Russia’s actions and oppose the war.