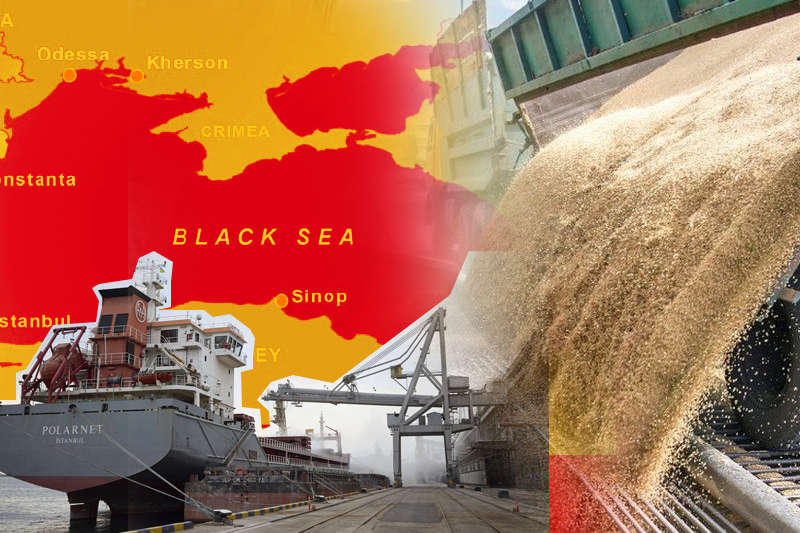 The Black Sea Grain Initiative corridor has been renewed and extended up till March next year. The deal to tackle growing food insecurity globally as an impact of Ukraine war, brokered by UN and Turkey, was due to expire this Saturday and through negotiations has now been renewed for another 120 days. Oleksandr Kubrakov, infrastructure minister of Ukraine has lauded the renewal of initiative as “another important step in the global fight against the food crisis”.

UN Secretary-General António Guterres also has welcomed the renewal of the Black Sea Grain Initiative. Speaking from Cairo, where Mr. Guterres was en route from the G20 summit in Bali to the COP 27 climate conference in Egypt, he said in a video tweet that he was grateful that an agreement had been reached in Istanbul. He also praised the role of Turkey and President Recep Tayyip Erdogan, and lauded Istanbul for becoming an “essential centre for discreet diplomacy to solve dramatic problems”.

“The Black Sea Grain Initiative continues to demonstrate the importance of discreet diplomacy in the context of finding multilateral solutions.”

President Volodymyr Zelensky of Ukraine has said that since August 1, more than 450 ships had carried 11 million tonnes of Ukrainian grain and other foodstuffs around the world, reducing the severity of food insecurity. “Tens of millions of people, primarily in African countries, have been saved from starvation … food prices are significantly lower than they would be without our food exports,” he said in a video address.

President of the UN General Assembly, Csaba Kőrösi, said the initiative was “a strong example of crisis management in action, and shows what is possible when diplomacy, dialogue and multilateralism are prioritised.” UN trade and development chief, Rebeca Grynspan, one of the chief negotiators who brokered the grain initiative, tweeted that it was “good news for global food security and for the developing world”.