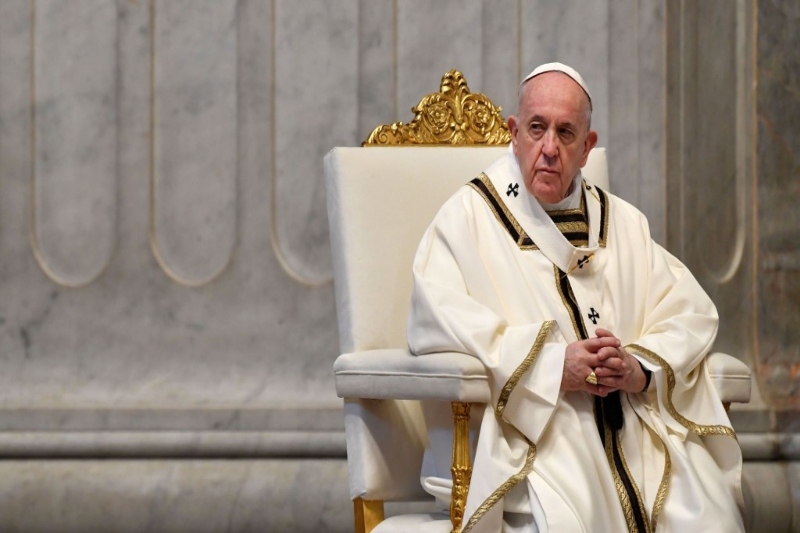 The ongoing coronavirus pandemic is not an issue that is restricted to an area of a certain set of people. Each part of the world is affected by the virus attack though it might be less at some places and more in others but it does not change the fact that people are heavily impacted by it.

At a time like this, when people are suffering to survive, the world is expected to come together and fight the virus spread but some agencies or organisations prefer to make money from it, which is the reason why vaccines distribution is so uneven throughout the world.

Pope Francis is the recent addition to the list of people supporting the waving of patent rights for Covid-19. He said this through a video message for a ‘Vax Life’ benefit concern which aired on Saturday.

This is after various human rights groups and advocates argue that if the patents for Covid-19 vaccines are waived off, it will greatly benefit the global supply of shots and also decrease the gap between rich and poor as far as administration of vaccines is considered.

The officials from the Vatican have updated their  website saying that the Pope has called for “universal access to vaccines and the temporary suspension of intellectual property rights.” Francis also urged the world not to forget those who are living in the most vulnerable conditions.

He added that pandemic has produced death and sufferings to a huge section of the population and adversely impacted the existing social and environmental condition of the world. These times have been  extremely challenging for those living in resourceful areas and that has made them more vulnerable to catching the virus, WHO has earlier asserted.

Other than that, the Pope also explained how this is not the time to consider individualistic views and rather follow God’s path which insites the sport of community. Through a sense for the community, generating a more inclusive, fair and sustainable economic model is beneficial.

Earlier this week, United States president Joe Biden had already ordered a remarkable step in promoting further vaccination distribution as he extended support to waiving intellectual property rights to Covid-19 vaccines. The US trade representative Katherine Tai released a statement which said, “The Administration believes strongly in intellectual property protections, but in service of ending this pandemic, supports the waiver of those protections for COVID-19 vaccines.”