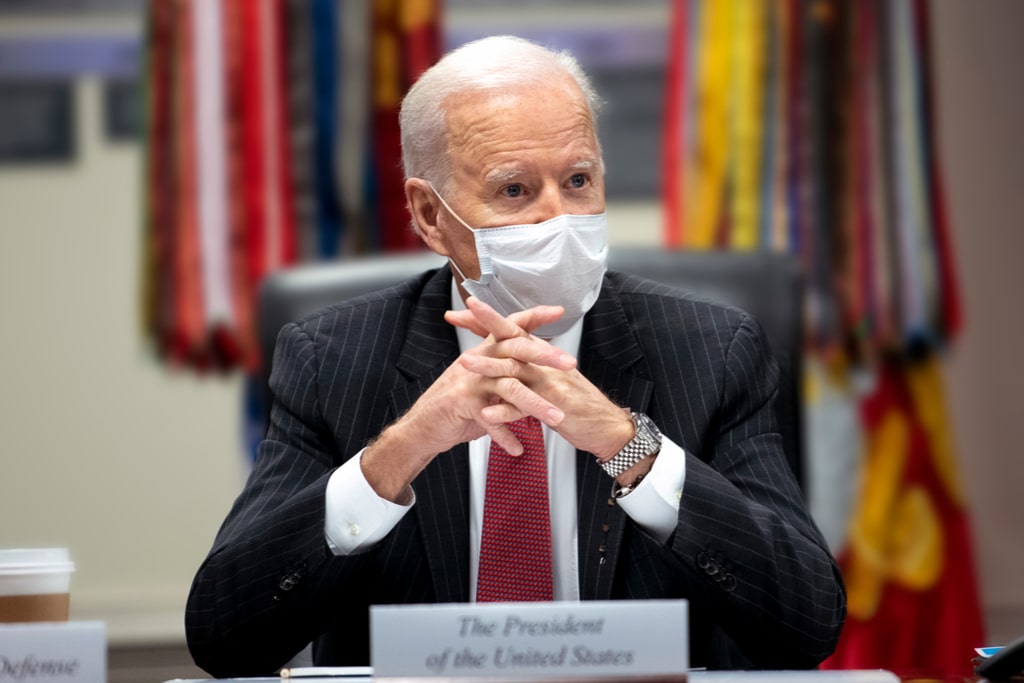 The United States in favor of suspending patents for Covid-19 vaccines, Joe Biden

The United States has announced that it is in favor of the suspension of patents for coronavirus vaccines, to allow the production of them also to other companies in addition to those that developed them and therefore hold the intellectual property. Support for the initiative was communicated by the trade representative for the United States, Katherine Tai, to the World Trade Organization (WTO), the most important body for regulating and harmonizing commercial activities and exchanges globally.

The opportunity to suspend patents on coronavirus vaccines has been discussed for months now and sees some countries and pharmaceutical companies opposed. Proponents believe that the suspension could speed up the production of vaccines, while opponents say that production processes are much more complicated and that production and delivery delays do not stem from problems related to restrictions on intellectual property.

Among the main supporters of the suspension are India and South Africa, leading a group of at least 60 countries that for the past six months has been calling for a revision of the rules for vaccine patents. Until now, the proposal had met with opposition from the European Union and the United States. The US administration of Donald Trump had ruled out the possibility of implementing a patent suspension, while the new president Joe Biden had signalled that he was in favor of a revision, already during his electoral campaign last year.

Presenting the US orientation to the WTO, Tai explained that “extraordinary times require extraordinary measures”. You then recalled that the discussion on the issue should be addressed immediately, given the time usually required to reach an agreement within the Organization. For decisions of this kind, it is necessary to reach a consensus among all 164 member states, a long process that requires a lot of diplomatic efforts.Earlier, WTO director Ngozi Okonjo-Iweala argued for the need for knowledge transfer for coronavirus vaccine manufacturing if patent holders were unable to manufacture and deliver all necessary doses. In addition to the governments of several developing countries, this position is also shared by associations and non-profit organizations that provide health care.

Pharmaceutical companies argue that delays in deliveries or lack of sufficient doses in various countries do not result from patent ownership, but from production difficulties that would continue to exist even in the event of a suspension of intellectual property.

Other observers have pointed out the risks of suspending patents, recalling that it is thanks to this system that pharmaceutical companies invest large amounts of money to research and develop new drugs, taking on the risks associated with failures in their research or clinical trials. Patents guarantee these companies a certain economic return for a few years, before the intellectual property expires and the drug developed by them can be produced by others, usually with a significant reduction in the final price. On the other hand, in various circumstances, the research is conducted thanks to substantial public funding, and for which it is more difficult to assess the returns in direct economic terms and health improvement for all.

The suspension of patents, or their granting with free licenses, could allow other pharmaceutical companies to produce vaccines that are already authorized and have proved effective, but it could prove insufficient. In addition to patents, companies must know, the right machinery and have the raw materials for production, conditions that are not taken for granted in a phase like the present one where, due to the high demand, many resources are scarce.

While the director-general of the World Health Organization, Tedros Adhanom Ghebreyesus, has called the new position of the United States “historic, a great moment for the fight against COVID-19“, it is not yet clear what position the Union will now take. Europe and several other countries such as the United Kingdom are so far opposed to the possibility of suspending patents. Commenting on the announcement by the United States, the president of the European Commission, Ursula von der Leyen, recalled that for now, the European Union’s goal is to increase the production of vaccines and that it will therefore be necessary to evaluate whether the US proposal on the issue can contribute to that goal.