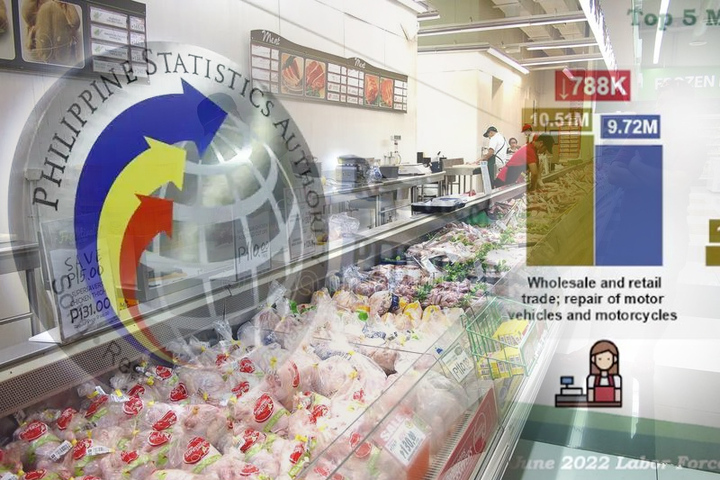 In June, there were more people working full-time, but the most recent jobs numbers indicate that rising prices are holding back the recovery of the labor market. This is the case despite the fact that there were more workers employed full-time.

The Philippine Statistics Authority reported on Monday, August 8, that the nation’s underemployment rate, which refers to the proportion of those who are already employed but still want more work, decreased to 12.6 percent in June from 14.5 percent in May. This was a decrease from the previous month’s figure of 14.5 percent. This results in a decline of 780,000 people searching for more hours of work from the previous month’s total of 6.67 million to the subsequent month’s total of 5.89 million.

In comparison to June 2021, full-time employment, which is defined as working more than 40 hours per week, increased by 11 percent, which corresponds to an additional 3 million individuals. On the other hand, the number of people working part-time decreased by 8 percent, which corresponds to 1.4 million fewer individuals. The median number of hours put in at work increased from 39 in June 2021 to 40.3 the following year in June 2022.

The rate of visible underemployment, which is the proportion of people who are unemployed and work fewer than 40 hours per week, fell to 8.5 percent in June from 9.8 percent in May. This is a decrease of 0.2 percentage points.

The most recent findings reveal that there has been a considerable surge in the number of individuals who are employed full-time. According to Socioeconomic Planning Secretary Arsenio Balisacan, “while this is a good indication of the improving quality of work in our country, the government should incessantly boost its efforts towards providing an environment conducive to the creation of more and better employment opportunities.”

In the meantime, the unemployment rate did not move from its previous level of 6% in the month of June. This equates to 2,99 million unemployed people in the Philippines.

The threat of Inflation

Despite the fact that job numbers have been on the rise, there are signs that inflation is inhibiting the revival of the labor market.

The number of jobs in wholesale and retail trade experienced the largest decline, falling from 10.94 million in May to 9.72 million in June, a decrease of 1.2 million jobs.

According to the National Statistician, Dennis Mapa, there was a large loss of jobs in supermarkets and department stores (192,000), hardware stores (189,000), online or door-to-door sales, and other retail settings (144,000).

According to Mapa’s findings, decreases in employment were seen in both permanent and contractual situations.

According to Mapa’s analysis, “these are the non-essential items, so my guess is that people were tightening their budgets and reducing their consumption, so it’s likely that’s why jobs in these sub sectors also declined. The way I assess it, these are the non-essential items that baka dahil nga siguro sa paghihigpit sa budget ay medyo bumawas ang consumption dito and that.”

The rate of inflation shot up to 6.1 percent in June and then continued to climb in July, reaching 6.4 percent. This was mostly caused by price hikes for both food and transportation.

Additionally contributing to the rise in prices was the weak peso. Earlier, Mapa stated that one peso in 2018 would only be worth 0.87 pesos in June of 2022.
“In the near term, we will prioritize the immediate issues of rising inflation, the vulnerability of certain groups to shocks, and the pandemic-induced scarring to ensure that growth and employment gain are sustained,” Balisacan said. “This will ensure that growth and employment gain are maintained.”