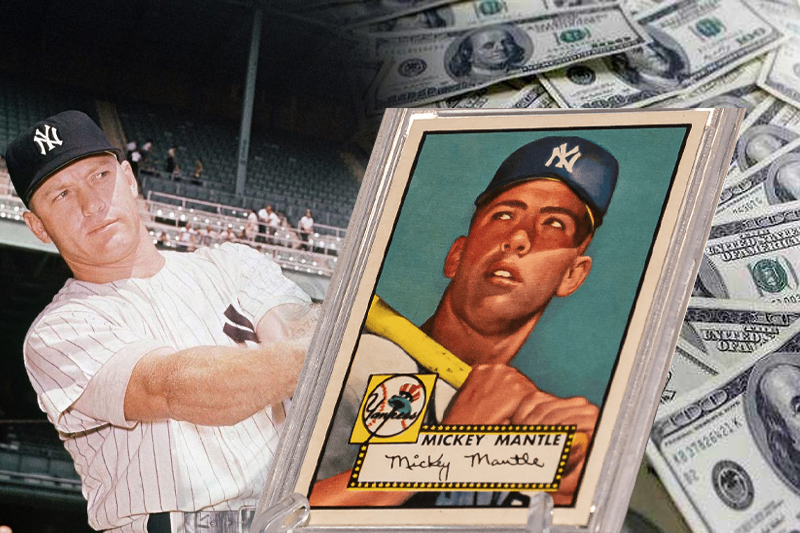 On Sunday, Micky Mantle’s mint condition baseball card was sold for whooping $12.6 million, breaking all records as the most paid for sports souvenirs. Recent years have seen the market of sports mementos sale to become a highly lucrative market.

The rare baseball card of legendary baseball player from the team of New York Yankees had easily surpassed the record sale of century old Honus Wagner baseball card that was sold recently for $7.25 million in a private sale. Also, Mantle’s card has shadowed the record of a sports memorabilia – Diego Maradona “Hand of God” jersey was sold for $9.3 million recently. The jersey was worn by Maradona when he scored the “Hand of God” goal in 1986 soccer World Cup. Another big sale last month was of Muhammad Ali’s heavyweight boxing belt from 1974 “Rumble in the Jungle” that was sold for about $6.2 million.

“Because of its near-perfect condition and its legendary subject, the Mantle card was destined to be a top seller”, said Chris Ivy, the director of sports auctions at Heritage Auctions, which ran the bidding. “Some saw collectibles as a hedge against inflation over the past couple years while others rekindled childhood passions,” he said.

Ivy has said that sports memorabilia has been tapped by investors as a lucrative investment market rather than investing in stocks and real estate. In the face of inflation this has become rather popular and advantageous. “There’s only so much Netflix and ‘Tiger King’ people could watch (during the pandemic). So, you know, they were getting back into hobbies, and clearly sports collecting was a part of that,” said Ivy, who mentioned there has been an uptick in calls among potential sellers. “We’ve kind of started seeing some growth and some rise in the prices that led to some media coverage. And I think it all it all just kind of built upon itself,” he added.